A Vinicultural Rite of Spring on Isola San Michele

Of all the natural indicators of the changing seasons lately, I find the most dramatic of them to be vineyards. An odd thing, really, not only because I rarely drink wine, but because there are so few of them in Venice while there were so many of them where I grew up in California--to which I paid little attention unless a friend and I were sneaking into one to filch a bunch of grapes.

But it's pruning season now and last week I was reminded of just how severely the vines are cut back. I was helping out at a potatura (pruning) of Laguna nel Bicchiere, a group I wrote about last fall, at a place I also wrote about last fall (http://veneziablog.blogspot.it/2013/09/stomping-grapes-making-wine-on-san.html): within the old garden walls of the former monastery on the island of San Michele, which is now known more for the cemetery beside it than the famous library it once housed or the remarkable 15th-century mapmaking monk who made his home there. (You can read about both the library and mapmaker, Fra Mauro, in Alessandro Marzo Magno's recently-published Bound in Venice, or about the latter in James Cowan's novel A Mapmaker's Dream). 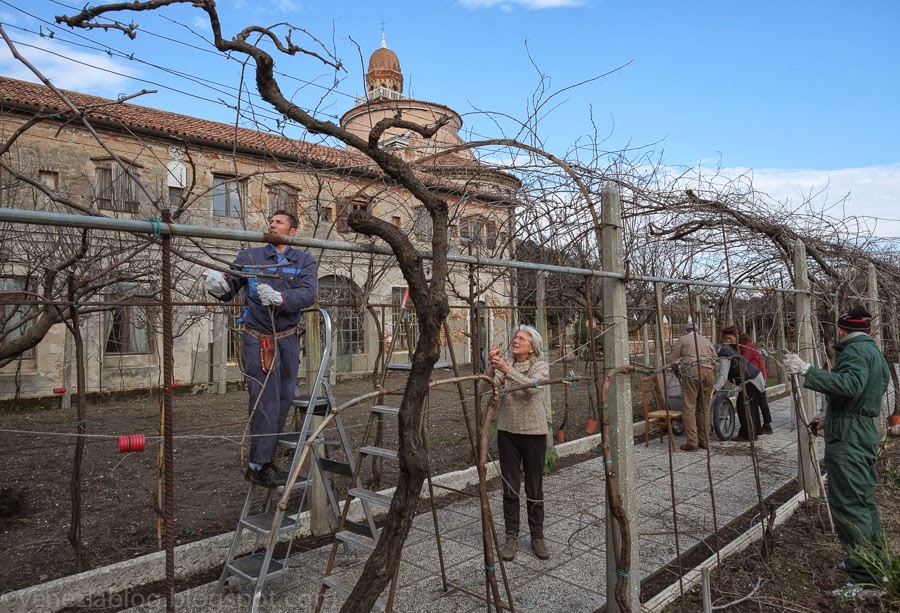 After spending an entire day under the vineyard's overgrown trellises at the end of last September it was odd to step outside the monastery's confines and find that filtered green light wasn't the norm everywhere. But there wasn't a bit of green to the vines last week: last fall's dappled symphony in that color had been entirely reduced to bare staves.

I first worked in a vineyard in Piemonte four years ago, among the Langhe Astigiane, during a four-month trial run we made of living in Italy, and I was amazed by the growth rate of mature vines and the tenacity with which they clung to the wires from which it was my job to strip them after they'd been pruned. It was late February and still very much winter; there were two days that I worked while snow was falling.

The great American poet Wallace Stevens liked to figure forth the imagination and its efforts in seasonal terms. One had to have "a mind of winter," for example, to behold a snowy winter landscape for what it was in itself and not impose any human sentiments upon it. But I think those winter vineyards in Piemonte embodied an even more extremely stripped down state, with every last trace of the previous season's growth and exuberance quite literally torn away.

Last week on San Michele we worked in sunny early spring weather so the bareness wasn't quite so dramatic. With snow falling it takes a leap of faith to imagine the meager stick of a pruned vine will ever become anything more than a meager stick. With sun shining and other plants beginning to bloom, it's easier to believe the pruned stick you leave behind after stripping off the clipped length of last year's cordons might grow into something else--but still a surprise to me, at least, that it would grow to be long and leafy and heavy with grapes in six months.

Of course we, the members of Laguna nel Bicchiere, weren't actually doing any of the pruning at this potatura. As had been the case in Piemonte, that part of the job was left to experts. I was a little disappointed, as the pruners in Piemonte--who were hired by one vineyard after another to ply their specialized skill--were spoken of as if they were adepts in some esoteric cult and I arrived last week on San Michele with the hope that the veil of the temple might finally be drawn aside. And I wasn't the only one who showed up with such hope.

But as many times as someone asked the two pruners if they might show us how it was done--and they were asked this, it seems, by every new late-arriving member--their answer was always the same:

It is impossible to explain how to prune a vine. It is a matter of experience, of feeling, of insight and intuition. Where to cut the vine is not something one thinks about, it is something one sees and senses and simply does.

But here we are, one woman objected, with vines and clippers and eyes, ready to watch.... But the two pruners shook their heads. It was impossible they said, and retreated into their labor, their gift, with the kind of look the Oracle of Delphi would probably have worn if anyone had visited her cave and asked for a little on-the-job training.

This was a frustrating response, but it was also, ultimately, rather stirring. There's something quite appealing in this persistent mystery at the root of the wine-making process. The most dramatic celebrations of seasonal change in the ancient world revolved around mysterious rites, after all, and those select few who performed them. In a world of overwhelming information, more than one can possibly take in, much of it unwanted, even more of it worthless, hammering at your senses from media all around you, such strange stubborn silence seemed to suggest something from some distant past, from another way of living in the world.

Ultimately I found it to be a welcome bit of mystery and incommunicability--two foundations of reverence, perhaps--in a world constantly selling its knowingness. 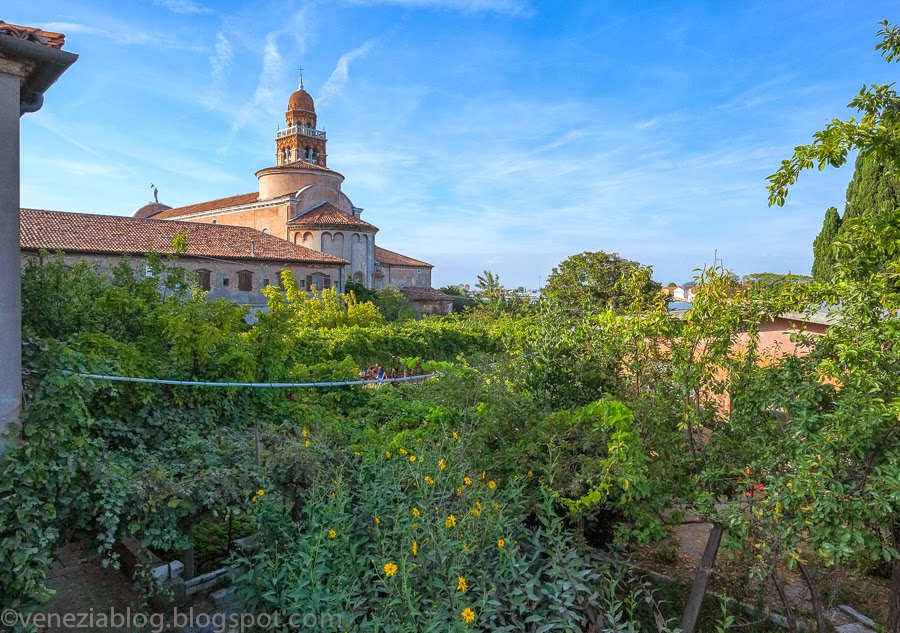 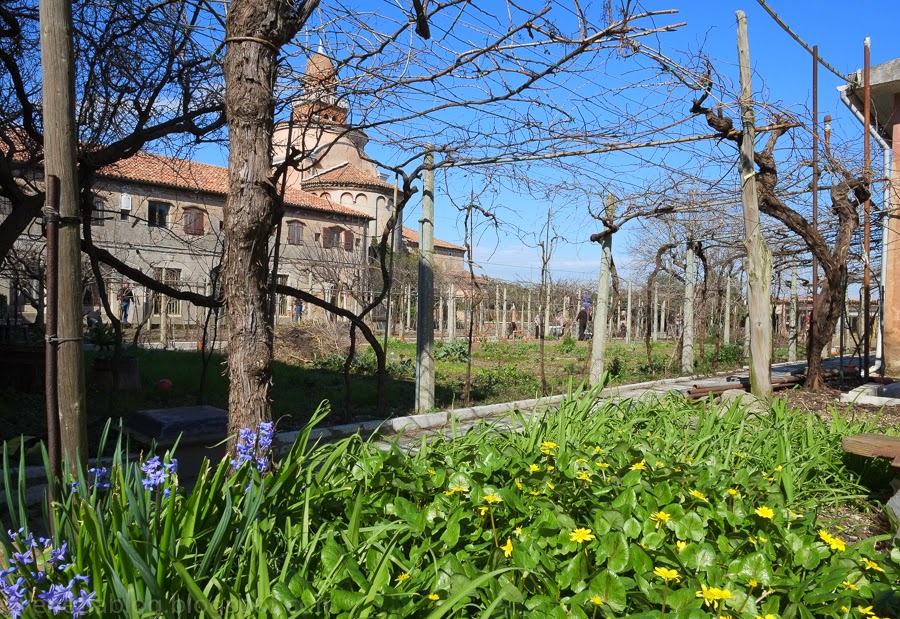 Posted by Steven Varni, aka Sig. Nonloso at 2:10 PM