Call It Stormy Wednesday, This Morning


The heading of this post is taken from the title of the old blues song "Call It Stormy Monday (But Tuesday Is Just As Bad)."

Originally written and performed by T-Bone Walker, it's been often on my mind--and playlist--this spring here in Venice as rainy day follows rainy day. Albert King with Stevie Ray Vaughn, The Allman Brothers, and Eva Cassidy all performed bluesy covers of it, if you find yourself looking at similar weather patterns where you are.

On The Sunny Side of the Street: Calle dei Botteri, This Afternoon 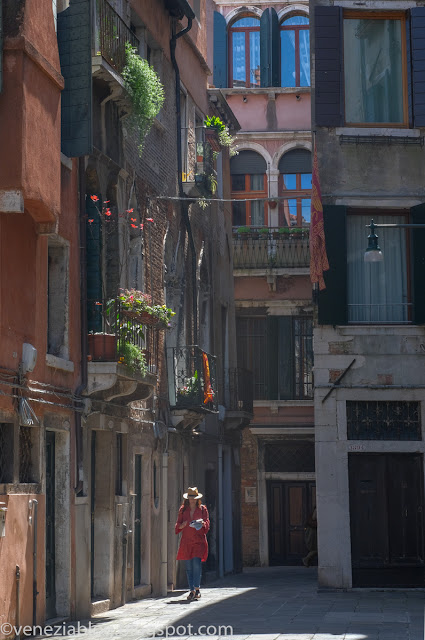 Posted by Steven Varni, aka Sig. Nonloso at 5:08 PM No comments:

No Laughing Matter, This Afternoon

Posted by Steven Varni, aka Sig. Nonloso at 5:40 PM No comments: 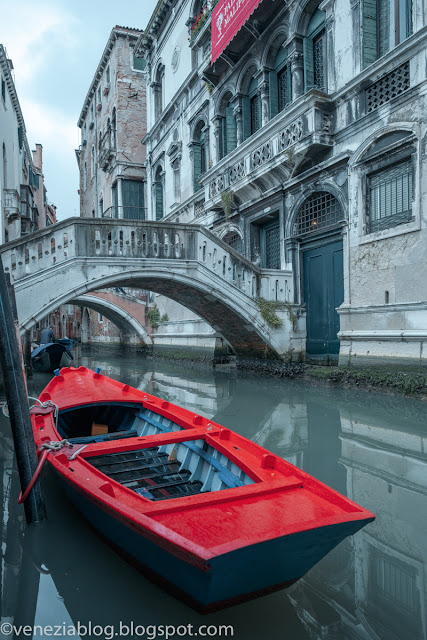 This May has, thus far, seemed as mercurial as a typical Venetian March, teasing you with a soft bright sweet temperate morning or afternoon so lovely as to suggest you've passed out of the world of flux and changing weather and into Eden--only to cloud up and rain for two days straight. Usually Saturday and Sunday.

But even a string of gray days need not be uniformly so, as the freshly painted topa above attests. 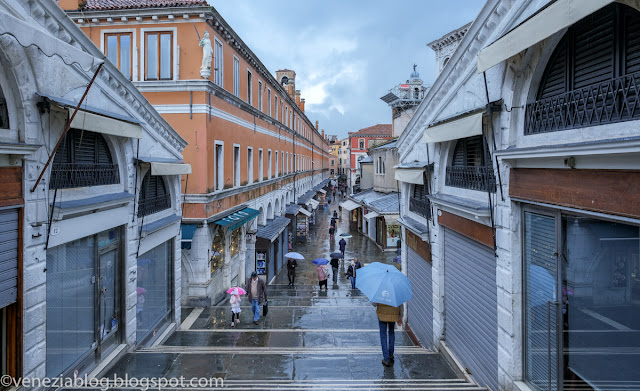 Pigeons (And Part of a Winged Lion), This Afternoon

10 Views of the Second Day of the 58th Venice Art Biennale's Vernissage, Today 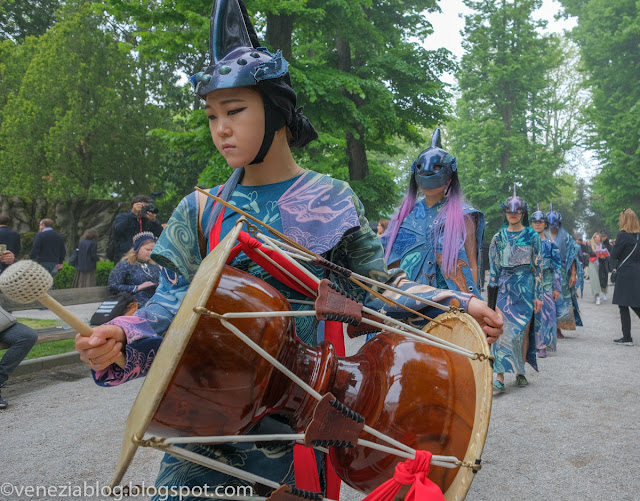 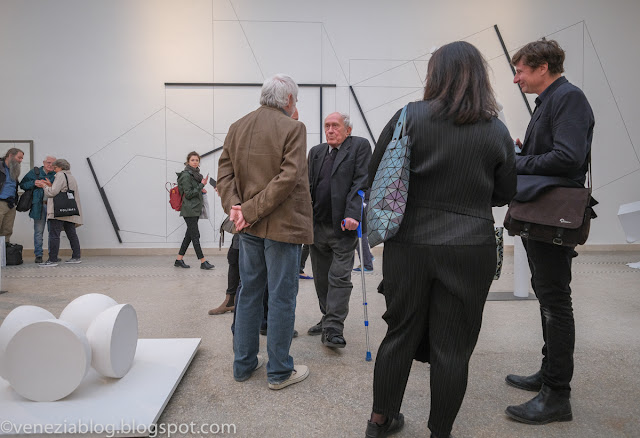 Posted by Steven Varni, aka Sig. Nonloso at 3:50 PM No comments:


I spent most of this first day of the Vernissage walking among the works of the 79 artists selected by this Biennale's General Director, Ralph Rugoff, the director of London's Hayword Gallery. All 79 are presented in both the Central Pavilion of the Giardinni and the long long exhibition space of the Arsenale. I'm hoping to get to the national pavilions tomorrow.

I haven't the time to say much more right now than if you like painting and sculpture/installations then this appears to be the Biennale you've been waiting for. There is a lot of it in the spaces curated by Mr Rugoff.

Some of these works, like the paintings and screen prints of Njideka Akunyili Crosby (whose work is also now on display at the Victoria Miro Gallery in Venice, a short distance from La Fenice), I really liked. Some of the rest gave me a new appreciation for video art, and an impatience to get to another instance of it in the show. And this perhaps also explains why one of the pieces I was most struck by today was the sound piece "The Ground" by the young Lebanese-born artist Tarek Atoui, well into the long walk that is the Arsenale segment of the exhibition.

But lacking time, I'll post some more images from today below, with not much more than their titles. 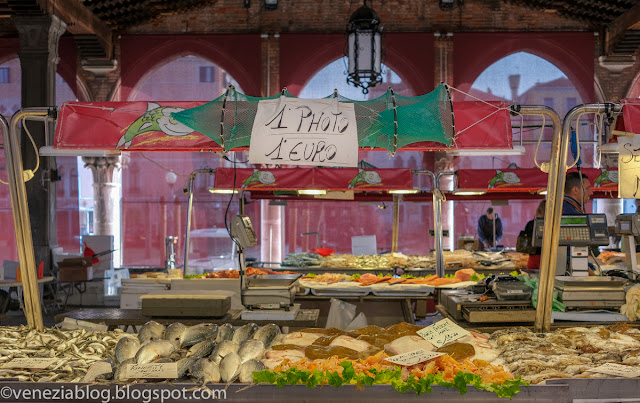 They say there's no such thing as bad publicity, but it seems there is such a thing as useless and unprofitable publicity, judging from the signs (seen above) recently affixed to one of the largest of the fish stalls in the Rialto Pescheria.

Indeed, for any fishmonger struggling to stay afloat in a city whose resident population is steadily dwindling, it must finally get quite aggravating to find one's tables surrounded by hoards of people jostling to get a look and to know that not one of them will actually buy anything. They are there only to capture a bit of cliched local color, and if their snaps inspire any future tourists to follow in their footsteps (or, more likely, those of a hired guide), those future gawkers also won't be there to buy either. Only to take--a picture or two and move on.

So, a couple of weeks ago the above signs first appeared. I photographed the one above last Monday, after buying a kilogram of the most beautiful fresh yellow fin tuna you could imagine--and which ended up tasting even better than it looked.

But apparently this vendor's attempt to draw the tourist hoards into some kind of exchange--if only that of an image for a euro--must have failed. For by Friday new signs had gone up over all the tables: