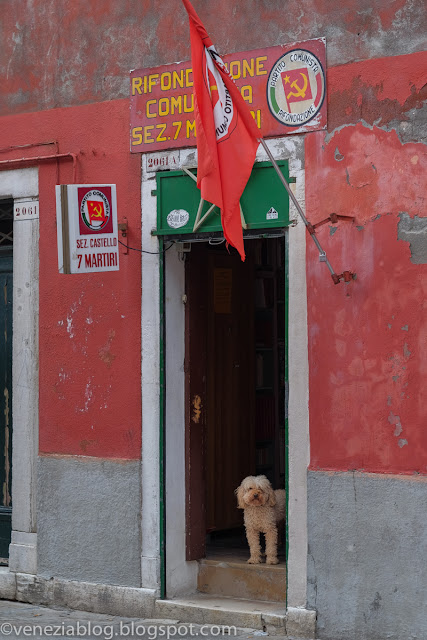 Posted by Steven Varni, aka Sig. Nonloso at 3:00 PM No comments: 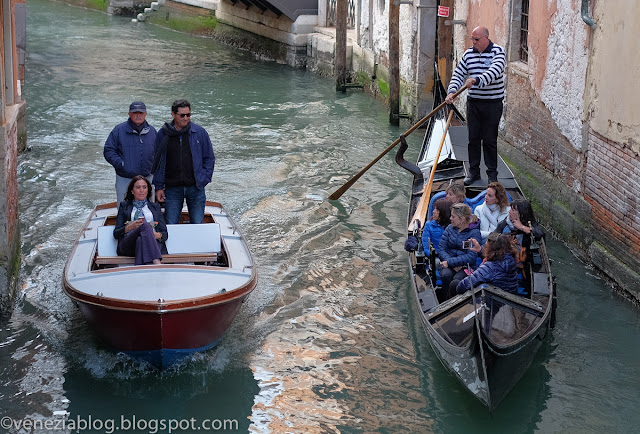 The Distinctive Pleasures of The Venetian Game


At the recent launch party for his new novel The Venetian Game, Philip Gwynne Jones acknowledged that anyone thinking of setting a thriller in Venice immediately encounters a formidable, if not insurmountable challenge in the corpus of Donna Leon. With Inspector Brunetti on the scene, Venice is hardly in need of another Italian detective. And while that traditional protagonist of the genre, the private eye, could plausibly be imagined to make a living in the larger city of Mestre, Philip noted that there wasn't yet much of an international market for books set in Mestre.

Philip, whom I first met when we both worked as readers of Marx's Das Kapital during the run of the last Venice Biennale, came up with what I think is a brilliant solution--and no small part of the pleasure I had in reading his first novel stemmed from its inspired premise. Nathan Sutherland, the first person narrator of The Venetian Game, serves as England's Honorary Consul in Venice.

It's a pretty impressive title, but the post has lost a good deal of its luster since the grand old days of Joseph Smith, great patron of Canaletto (among many others), and one of his era's real movers and shakers. The "Honorary" signals that the position is unpaid, and Sutherland carries out its duties from his modest apartment on the Calle dei Assassini, between Campo Manin and Campo Sant'Angelo, aiding English tourists who have lost their passports, or are looking for a lunch recommendation. To pay his bills he works as a translator-- not of Dante, nor even Goldoni, but of a lawn mower manual when we first meet him.

Sutherland is a distinctly engaging narrator, his knowledge of Venice and of culture carried lightly and leavened by a dry wit, a gift for observation, and a modesty that threatens to topple at times into self doubt. His Watson, as it were, is a cantankerous cat that haunts his home office like a malevolent familiar, and is perfectly described in a way that both cat lovers and cat haters will find apt and gratifying.

Sutherland is also perfectly positioned in the social milieu of Venice for maximum dramatic and comic effect. No less than the classic private eye of someone like Raymond Chandler, he occupies a liminal place, both insider and outsider at the same time. As the traditional private dick operates at the boundaries of the law, his authority always a little dubious and extending no further than what he's able to pull off or assert in any given situation, so does Sutherland. For all the diligence with which he pursues his consular duties, it's still a bit of a confidence game. Lacking a paid position, as he also lacks a detective's badge, Sutherland must improvise a certain authority for himself in increasingly complex and perilous contexts; trying to inspire a certain confidence or respect in the minds of other even as he struggles with it in his own.

Most important, though, for this first novel is that Philip Gwynne Jones does an excellent job of vividly and astutely conjuring Venice. While the charms of the narrator and the skills of the author may assure an audience for the second Nathan Sutherland novel--due out a year from now--no small number of readers will pick up this first one because of its setting. And they won't be disappointed.

Sutherland's official duties and his own personal relationships and amusements take him all over Venice, and the Venice that the author delivers is the living, breathing local Venice which persists like a secret society amid the teeming, and all-too-often trashy, mass tourist Venice. Those who have themselves lived in Venice will recognize with pleasure the city Sutherland inhabits; those who haven't, will get a strong sense of what it's like to do so as a resident.

But as well as Sutherland knows his way around the city, this is not Brunetti's Venice, and it's Nathan's distinctive vantage point as both a knowledgeable and sometimes perplexed non-native that opens up interesting perspectives on, and insights into, the city. That makes up, in fact, much of his appeal.

The plot of the novel revolves around stolen art and there's no lack of tension and drama. (In a particularly inspired scene, Sutherland is nearly drowned not in one of Venice's famous canals but in one of its paved streets during acqua alta.) But as much as it may involve various unsavory characters up to no good, this is a book about friendship. It's a book with its own distinctive voice and perspective, but there's also something of the spirit of the classic Venice film Bread and Tulips (Pane e Tulipani) in it. As was true in that film, the appealing protagonist of A Venetian Game finally comes to establish himself in the city not through his position as consul, nor even his crime-solving, but through his bonds of affection--and the testing of those bonds--with an assorted cast of local characters.

The Venetian Game is published in the UK by Little Brown in both a paper and an e-book edition. An Italian translation is forthcoming. The book can also be found in various bookstores in Venice; most reliably in Libreria Studium, a short distance from the basilica of San Marco. It is not yet available for direct sale in the US. 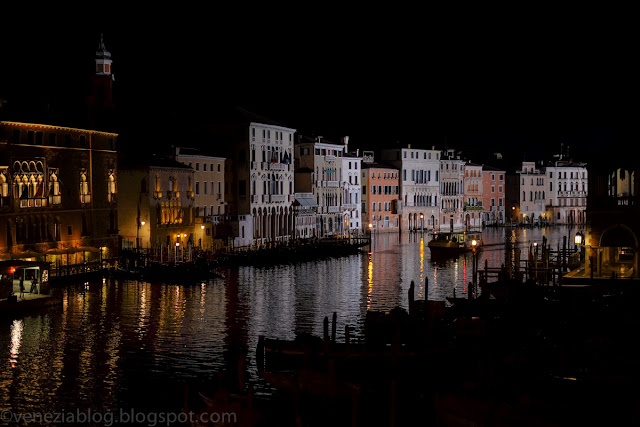 A section of the Grand Canal near the Rialto is lit up for a film shoot on 18 April.

Posted by Steven Varni, aka Sig. Nonloso at 8:38 AM No comments:

A full day of rain and surprisingly cold high winds after our recent sunny days--but the early evening clearing was worth the wait.

Posted by Steven Varni, aka Sig. Nonloso at 3:39 PM No comments:

A Lion Among the Wisteria, This Afternoon 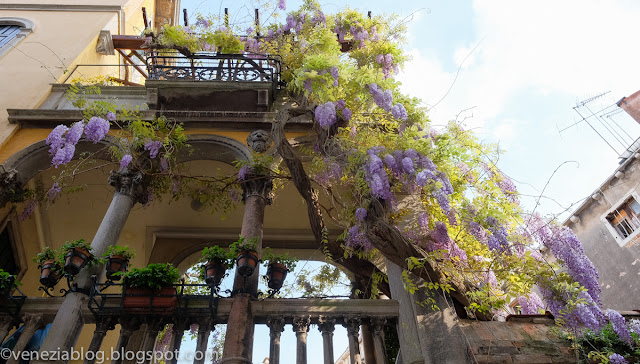 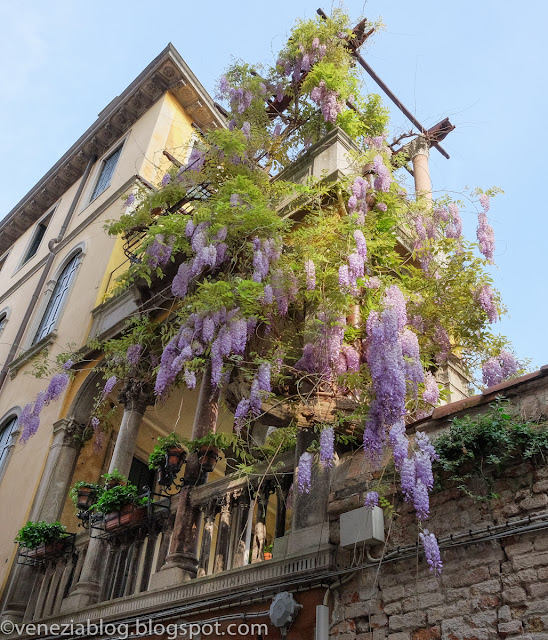 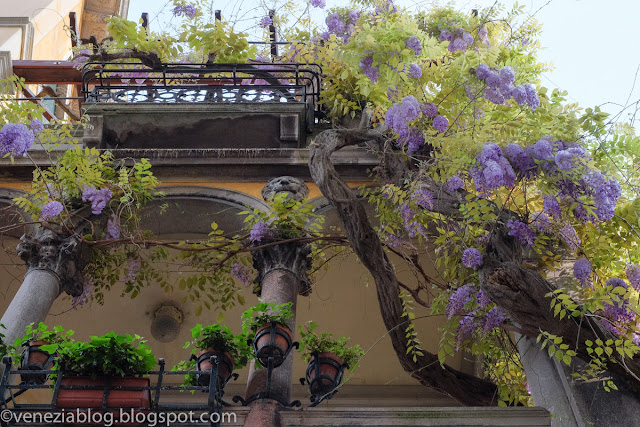 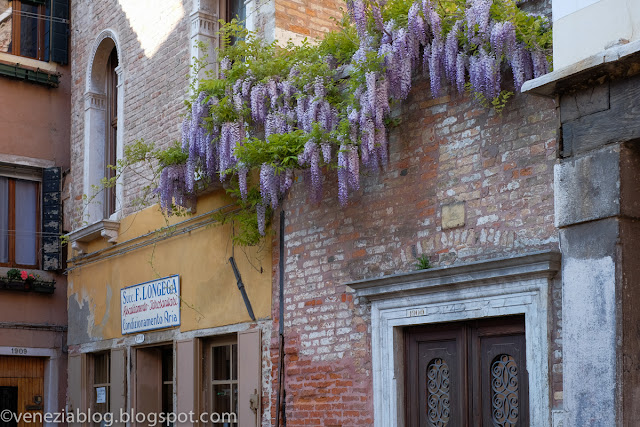 Posted by Steven Varni, aka Sig. Nonloso at 4:51 PM No comments:

An Artist of the Floating World 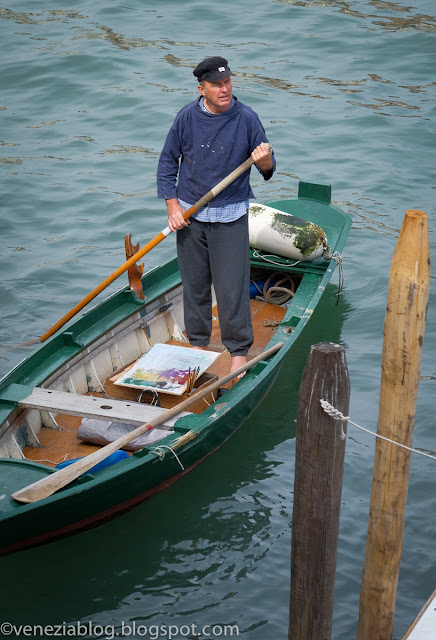 Posted by Steven Varni, aka Sig. Nonloso at 12:38 PM No comments: