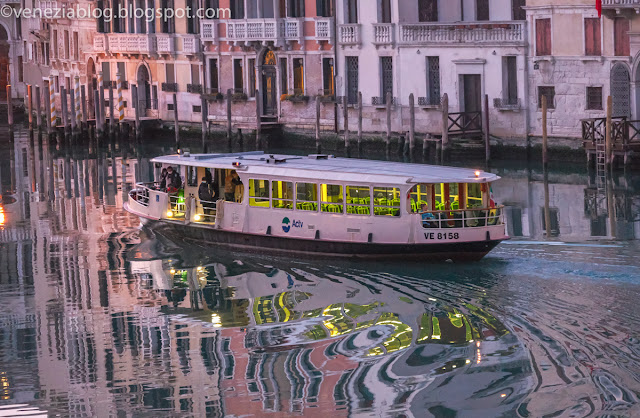 A beautiful early spring Saturday turned into a mild evening, but there were few people here to see it.

A couple of hours before the above image was taken a local kayaker was lured by the nice weather into the Grand Canal--in clear violation of Italy's strict injunction to stay at home--and from what I could tell just barely managed to escape being hit with the 3,000 euro fine that is now levied for such infractions.

Email ThisBlogThis!Share to TwitterShare to FacebookShare to Pinterest
Labels: Coronavirus in Venice 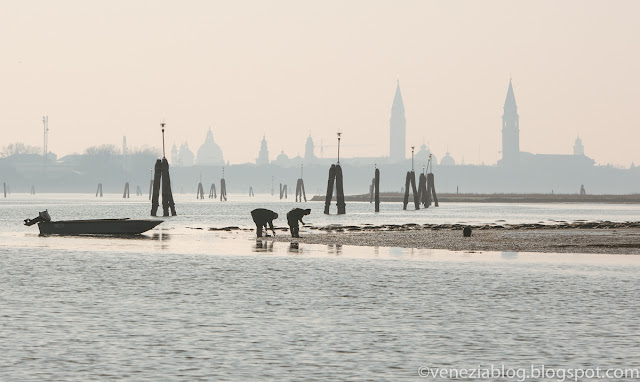 Today is a frigid, windy day that we're (once more) spending inside; seemed like a good day to visit my folder of never-posted images. 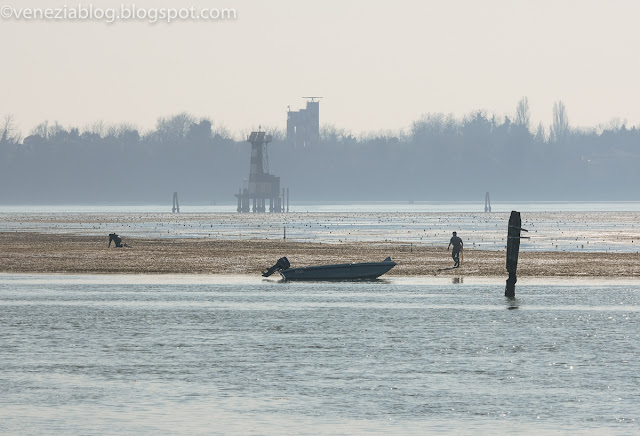 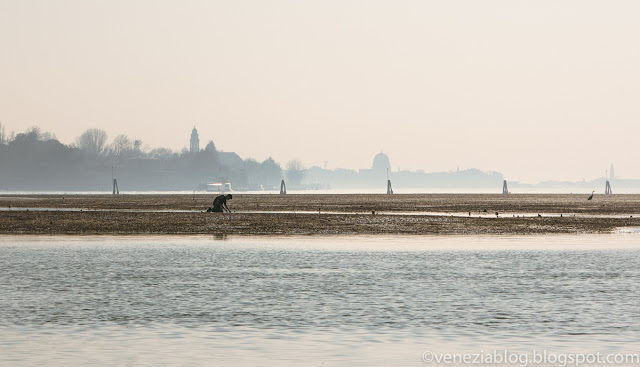 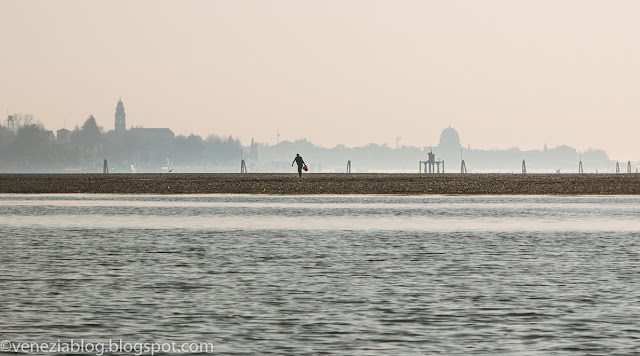 
Donna Leon has said that the moment she finally admitted to herself that Venice had become too packed with tourists for her to bear living here full-time any longer occurred on the Rialto Bridge.

She was crossing the span when she tripped, and instead of falling to the ground--which would have been unpleasant enough--she found herself held up by the densely-packed bodies all around her-- which was, in fact, even more unpleasant.

In recent weeks, since Venice (and Italy) began taking measures to try to contain the spread of the coronavirus, there would be almost no one on the Rialto Bridge to catch Ms. Leon's fall. And this new reality, with all of its implications, turns to be the most unpleasant situation of all.

The latest regulations on movement in the city dictate that, except for the most dire necessities, residents are expected to do all of their shopping within 200 meters of their dwelling.

These images of the Rialto (except for the last) were taken on Thursday, March 12, at 10:30 am--on a mild sunny morning when the Rialto Bridge and its environs would have been filling up, if not already filled up, with tourists.

The shops on the bridge would have been opened, as would all the stalls bordering Ruga dei Oresi, on the church of San Giacometto side of the bridge. Tourists would already be lining the bridge's parapets to gaze upon the Grand Canal, or photograph themselves in front of it. A line of vendors' carts would serve as a center divider on Salizzada Pio X, and mass tour groups would clot Campo San Bartolomio.

Seen day after day, for far too much of the year, these kind of sights wear upon some residents, causing them finally to flee the city,

But, as it turns out, there are much worse, more dire reasons to flee the city than tourists.

Without A Ripple, Grand Canal 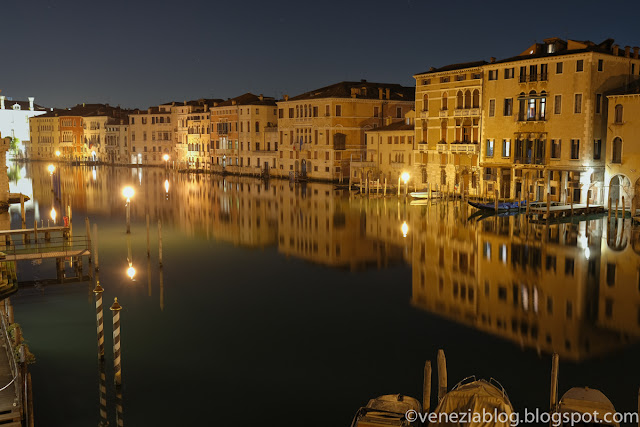 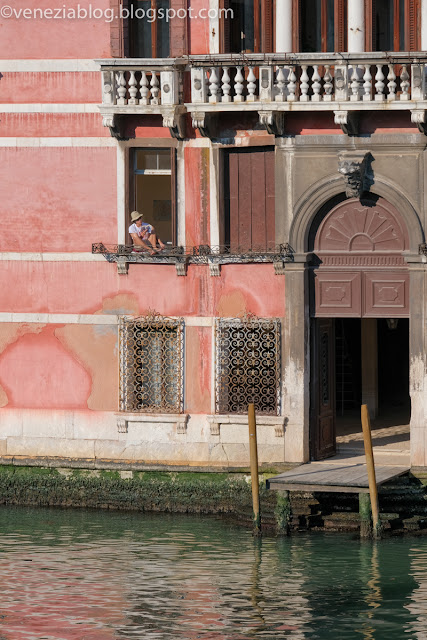 This Evening's Rush Hour--Without Any Rush

Except for brief trips to the market for food we've been staying home for the last few days, as directed by Italian authorities. But this evening I had to walk across town to pick up a prescription, so armed with my resident identity card; the required auto-declaration form downloaded from a government website, printed, and filled out, attesting to the fact that I was venturing out for a necessary and appropriate reason; and my camera, I walked to and then through Piazza San Marco, then down the Riva degli Schiavonni to Via Garibaldi. All of these places should have been crowded on a fine early spring evening just before and just after 6 pm, but none of them (as you can see) were.

Gregory Dowling, long-time Venice resident, novelist (whose three Alvise Marangon mysteries provide a wonderful fact-based fictional introduction to Venice of the 18th century), scholar, translator, and Ca' Foscari professor, offers an excellent overview of what it's been like to live in this city since the coronavirus first started making itself felt here in his post "A Few Notes from Venice in the Time of Coronavirus." 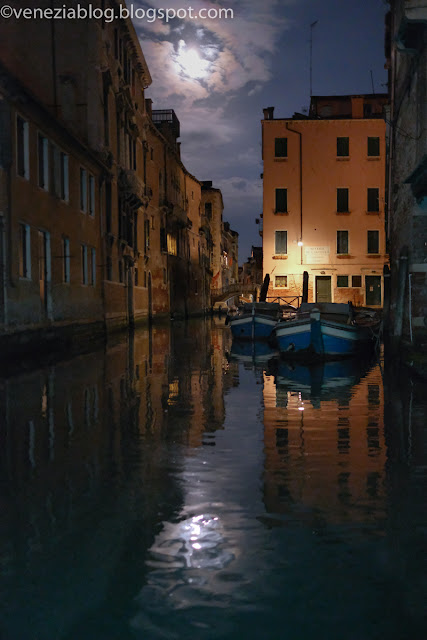 If you live in Venice and have a boat, whether it's powered by oars or an engine, you're always careful to avoid certain rii (or small canals) which belong exclusively to gondolas, following their fixed routes morning to night as invariably as if attached to underwater tracks.

To stray into one of these routes, whether by inattentiveness or inexperience, is not only to find yourself abruptly in a traffic jam, but to feel rather like a heel--as you would if you'd blundered with your boat into the middle of a Disney theme park's Pirates of the Caribbean ride.

But since the closure of Venice to all outsiders last Sunday, there is no gondola traffic anymore, anywhere, and even the normally much-used traghetto ferrying (mostly) residents across the Grand Canal between the Rialto fish market and Santa Sofia was shut down yesterday afternoon.

The course beneath even the Bridge of Sighs is empty of gondola traffic--as is, unbelievably, its famed vantage point, the Ponte della Paglia, with not a gawker or gaper or photographer or selfie-snapper in sight.

The two images directly below were taken in gondola-route rii I'd always avoided.

The others were taken in canals we knew already--but had never seen like this.

At 7 pm on a weeknight you can now idle through the network of rii and encounter not another boater--your own boat swept along at times by currents that have always flowed along these very routes, even when there was nothing here but mud flats. For Venice's canals, both Grand and minor, still follow the natural rivers and streams found here by its first settlers (though alterations to the lagoon's morphology in the last 120 years, but especially in recent decades, have intensified the force of currents to such an extent that these days one has sometimes to shift one's engine in and out of reverse to avoid being carried along too fast in the smallest rii).

All is still and quiet. If you've ever wished to have Venice all to yourself, here it is, granted (and how!).

All it took was a global pandemic to bring Italy's economy to a shuddering halt.

That's always the problems with wishes, isn't it? Or answered prayers, as Truman Capote entitled his last book, taking its epigraph from a quotation dubiously attributed to St Teresa of Avila about how more tears are shed over appeals that are answered than those that are not.

And now, having seen what it's like to have the city all to one's self, the day that it can be shared again--wisely, one hopes--with the rest of the world can't get here soon enough. (April 3 is the date when at least the restrictions upon the movement of people within Italy might be lifted.) 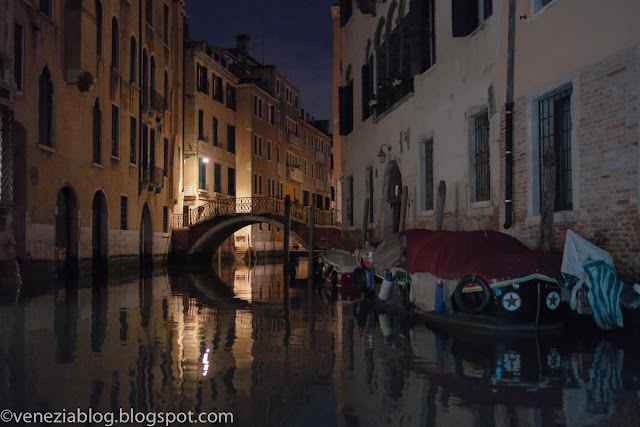 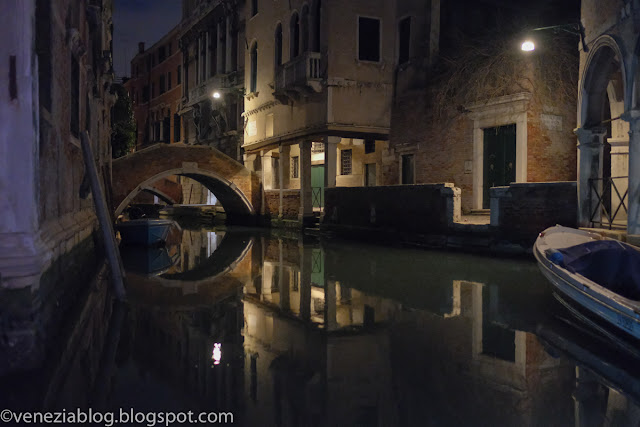 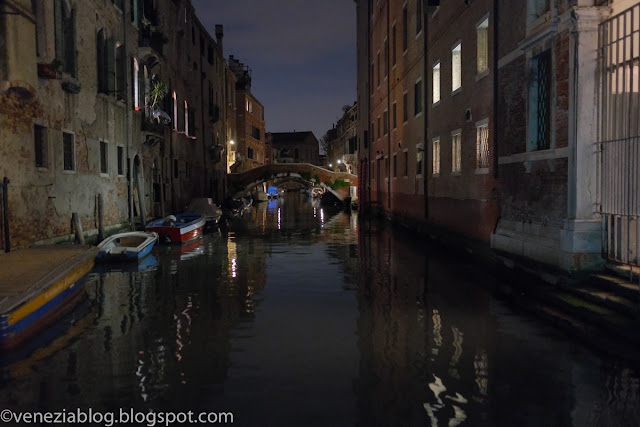 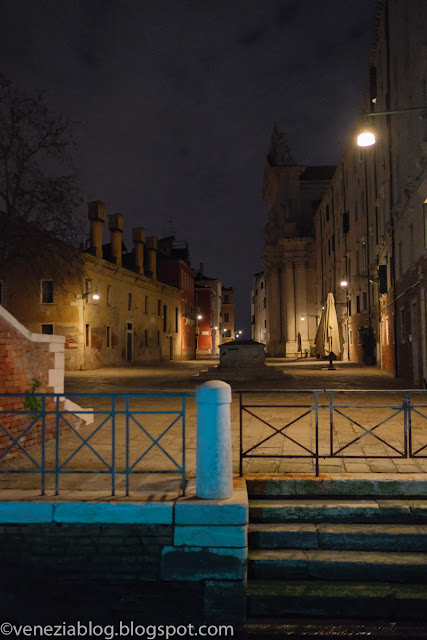 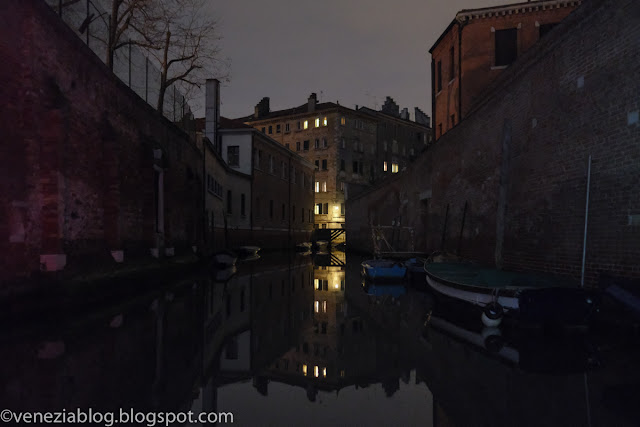 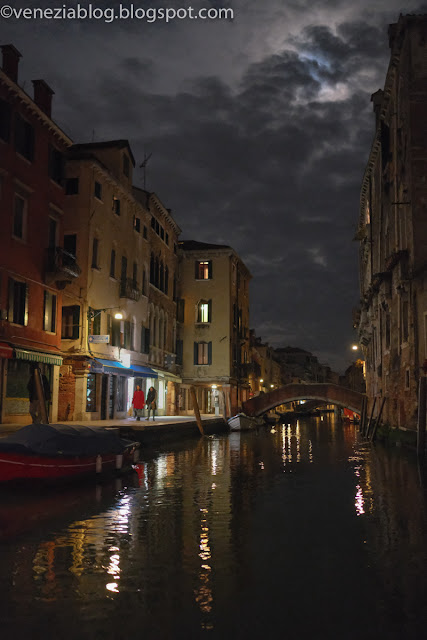 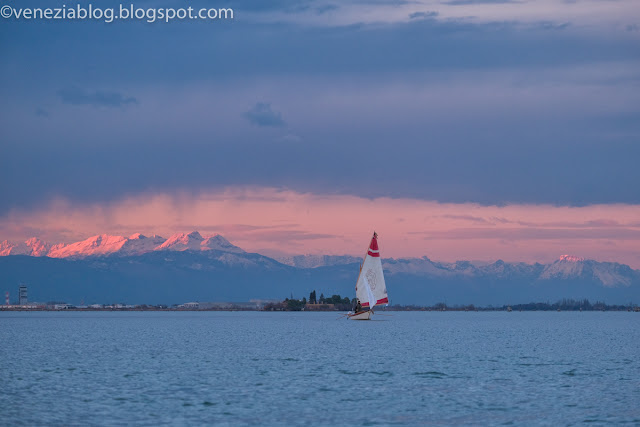 Scenes from a Quiet Saturday

A Backward Glance: 16 Views of Carnevale B.C. (Before Coronavirus) 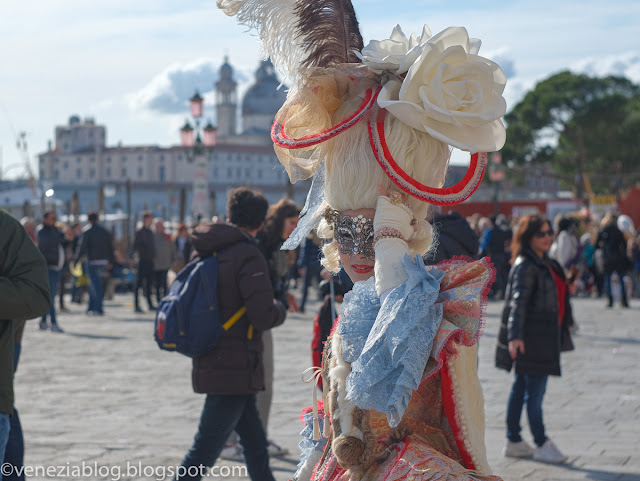 A rainy day here, the city empty, a guard posted at the entrance to both my bank and the nearby post office to allow only a couple of people indoors at one time--so as to allow for the "social distancing"  believed to prevent the spread of the coronavirus.

This seems a good day to finally post some images of Carnevale I didn't have a chance to put up before it was closed down two days ahead of schedule. 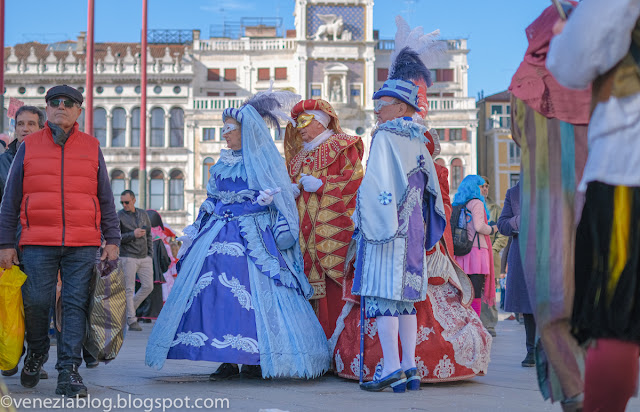 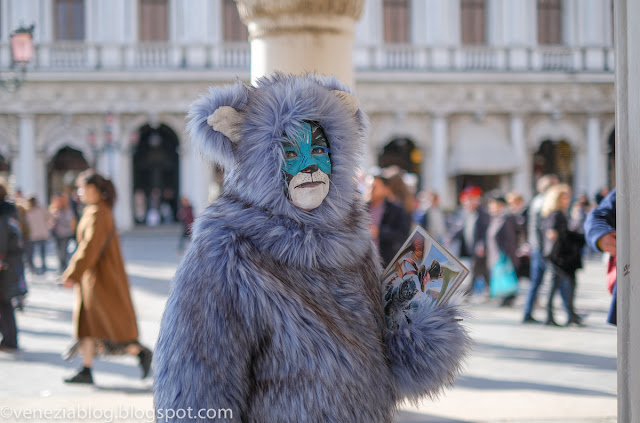 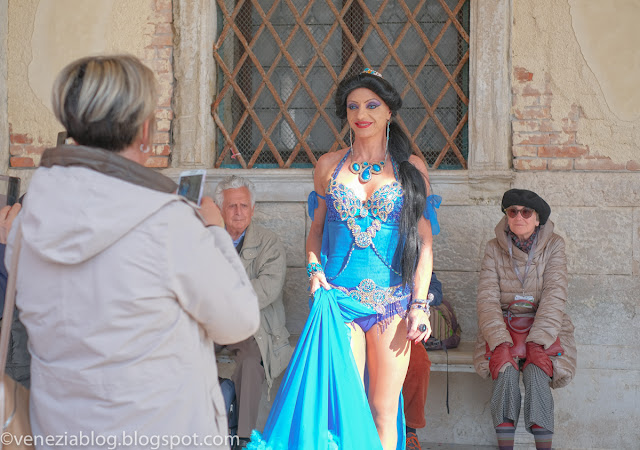 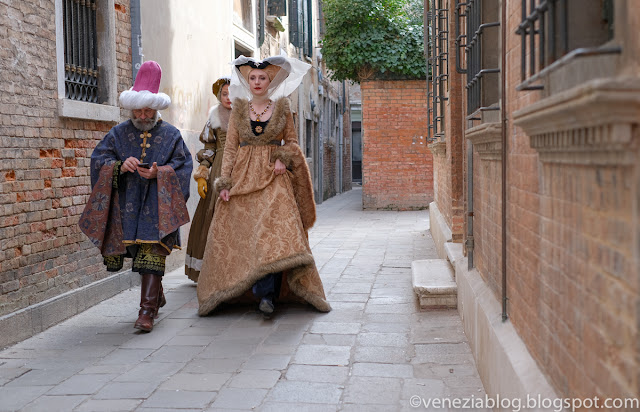 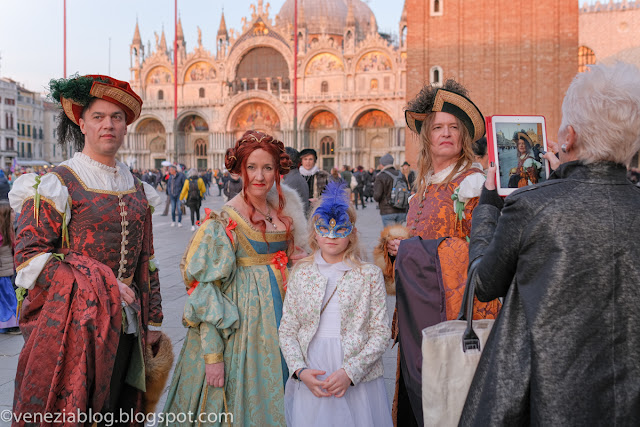 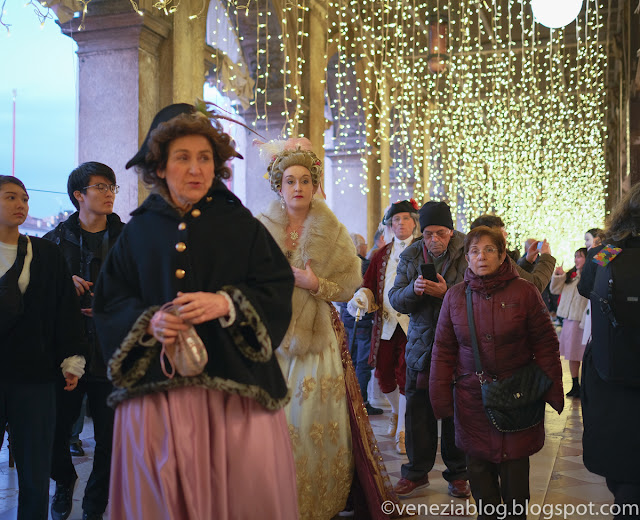 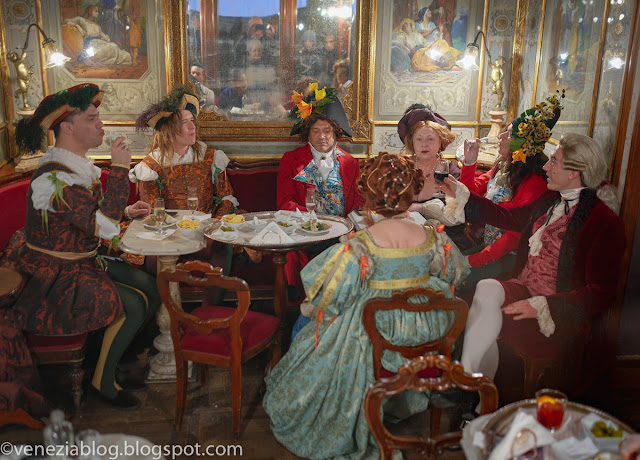 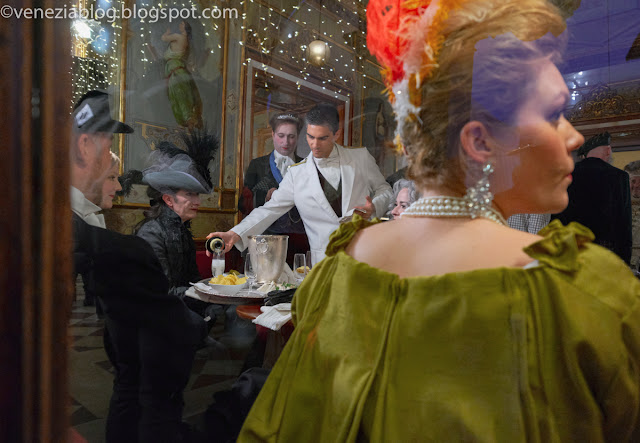 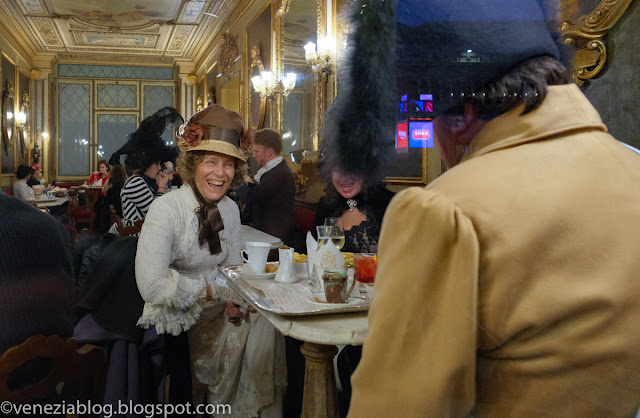 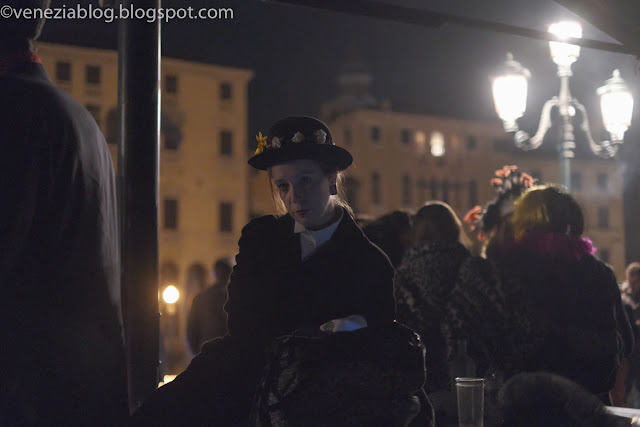