February Ends With A Flurry: 4 Views from This Morning 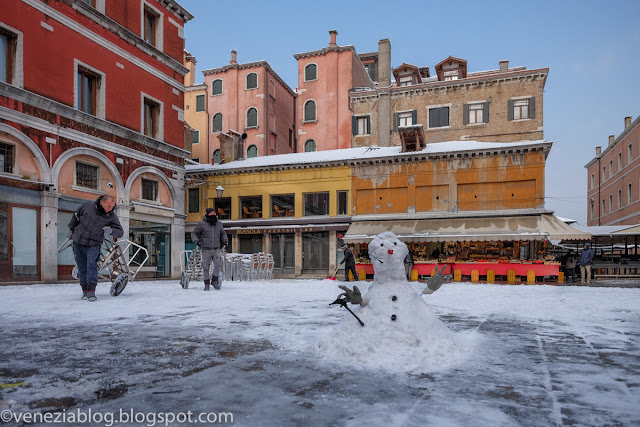 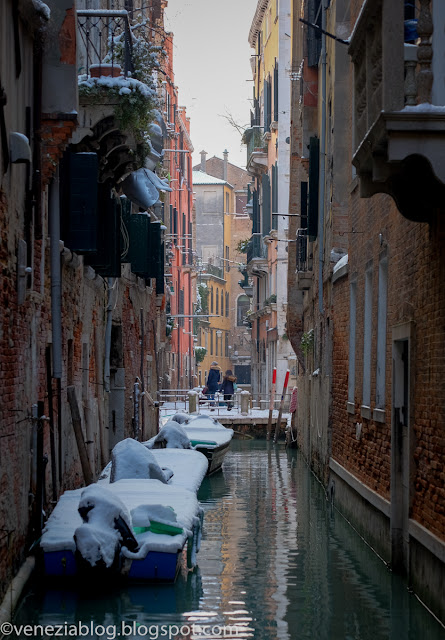 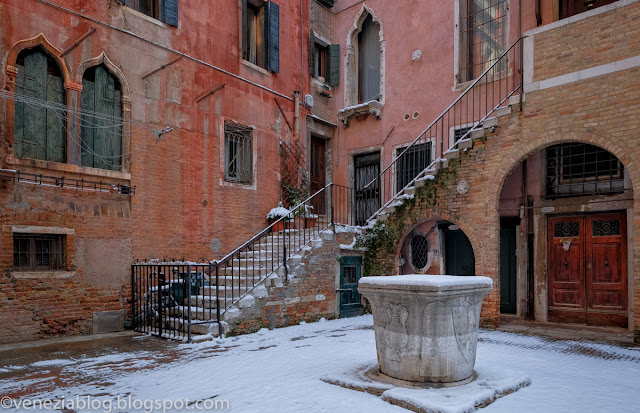 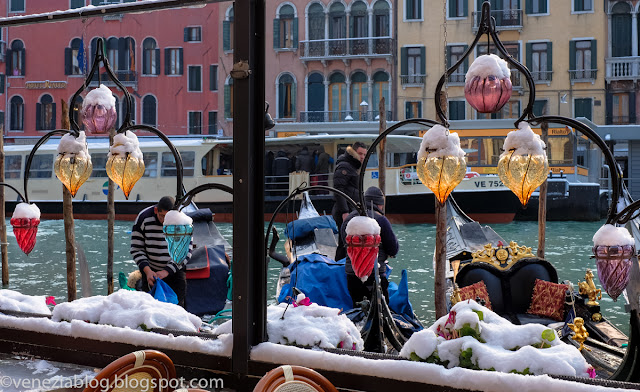 A Knife in the Water 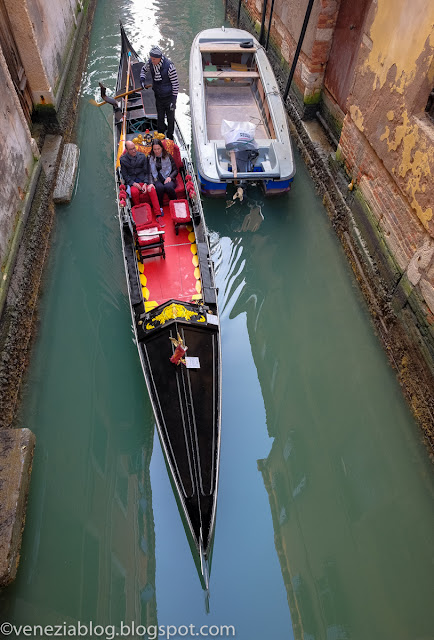 Posted by Steven Varni, aka Sig. Nonloso at 9:43 PM No comments: 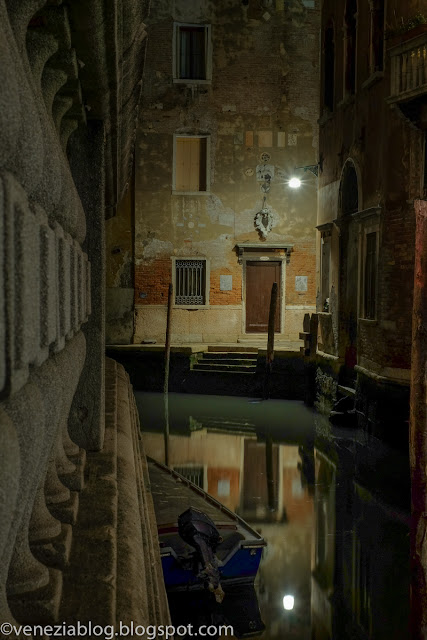 It's A (Venetian) Dog's Life 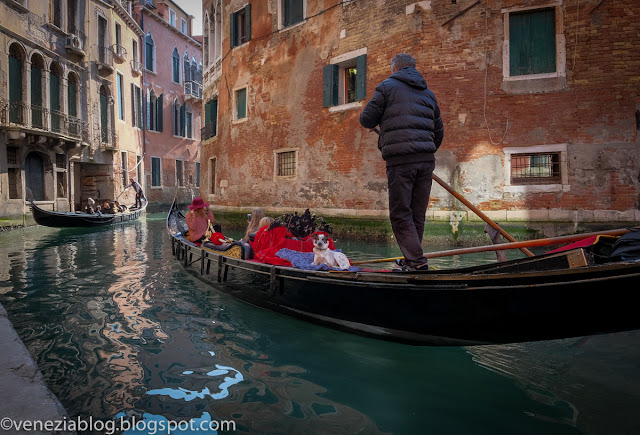 For a piece about another gondolier's dog, who knows how to take the vaporetti around town by himself, see "Venice's Greatest Explorer Is Four-legged."

Posted by Steven Varni, aka Sig. Nonloso at 9:44 PM No comments: 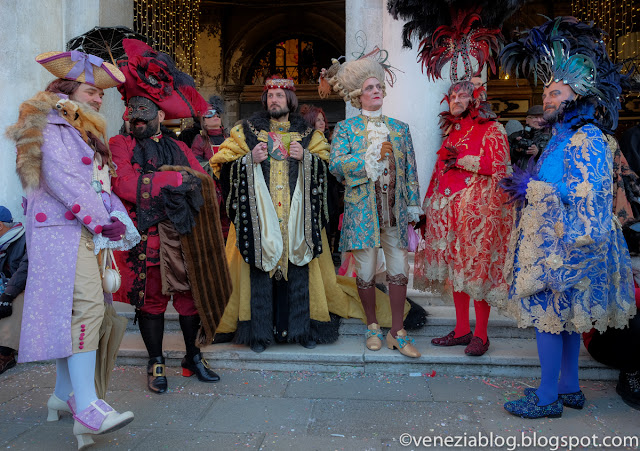 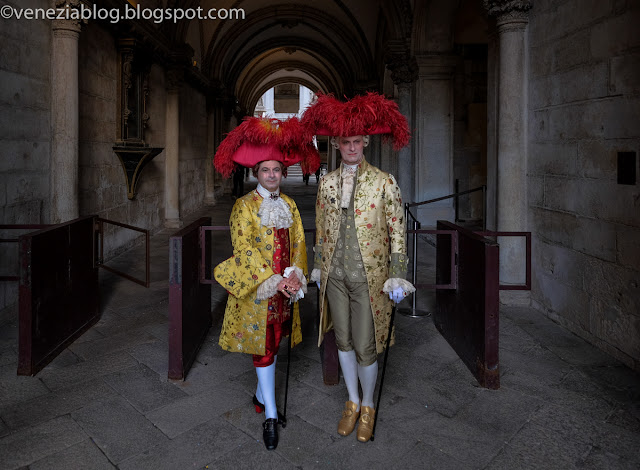 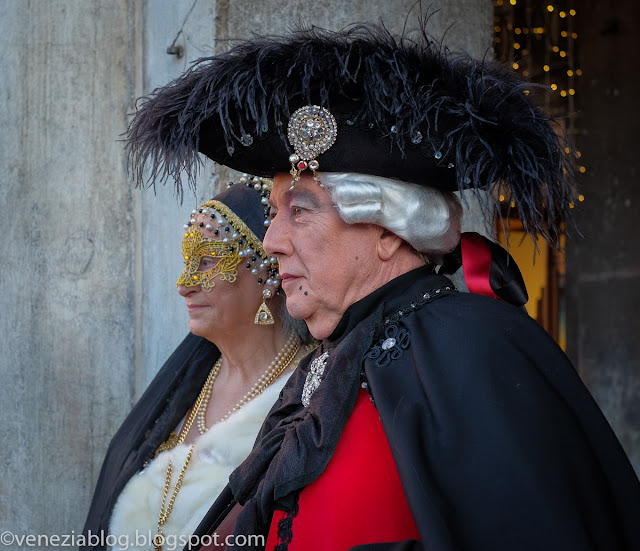 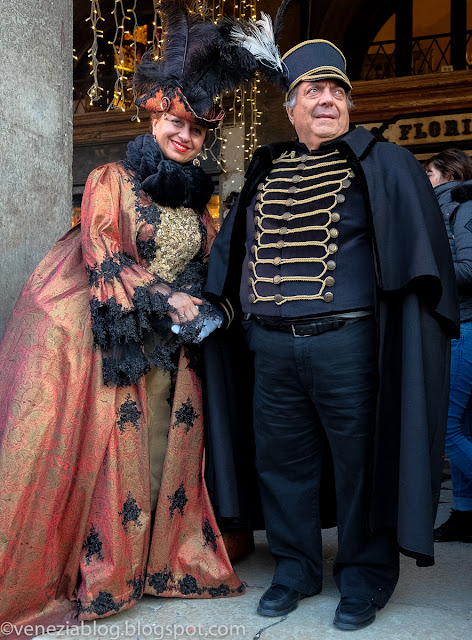 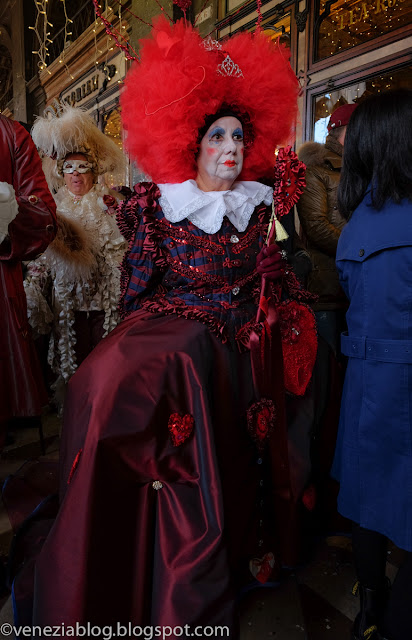 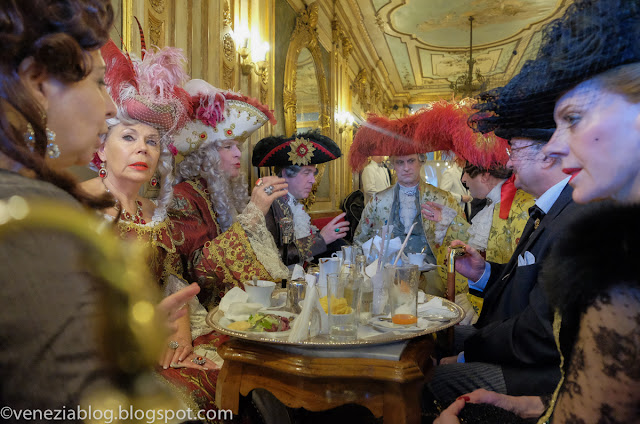 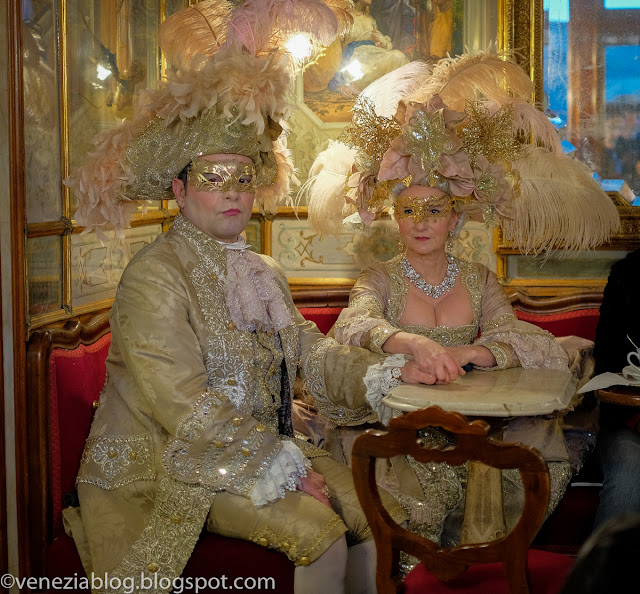 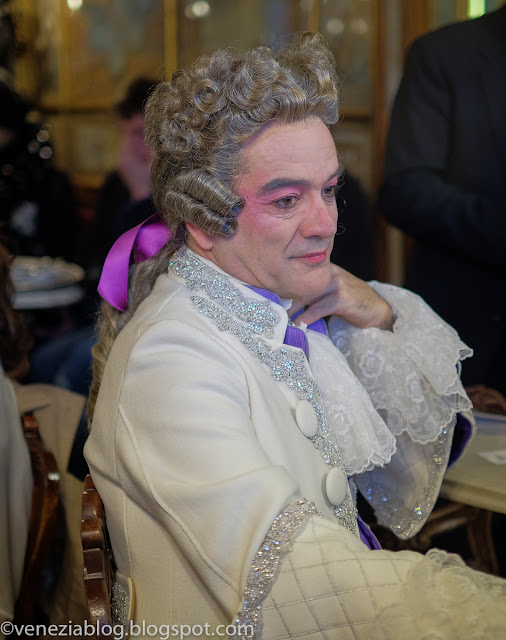 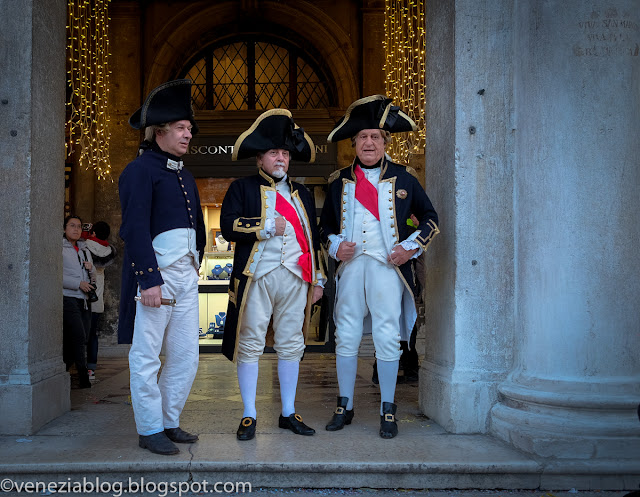 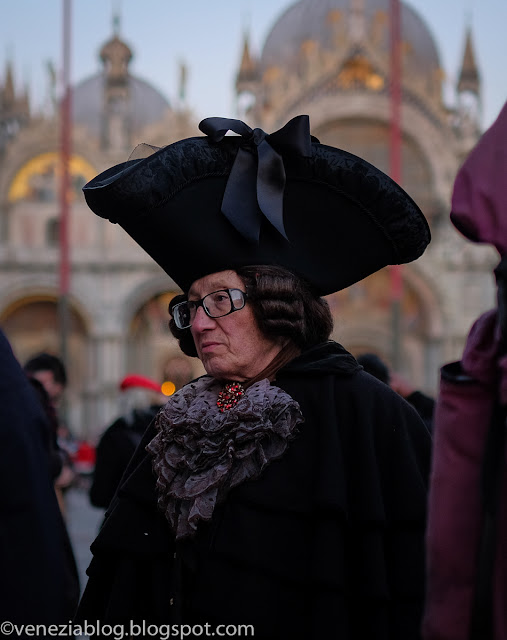 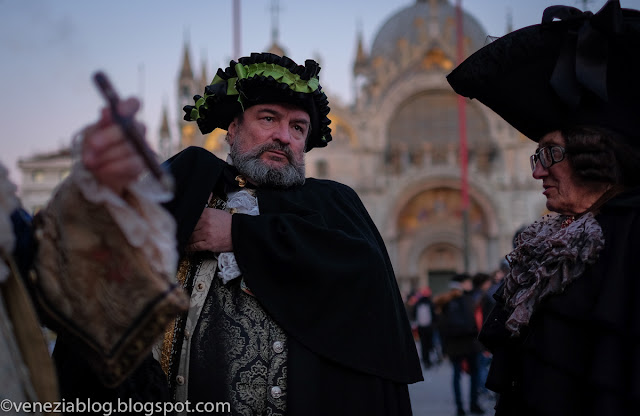 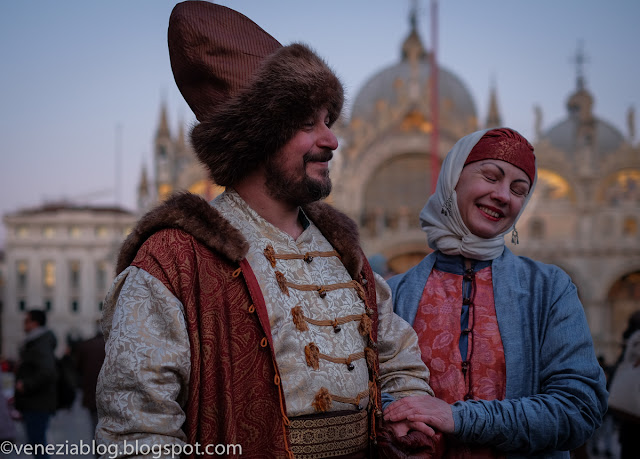 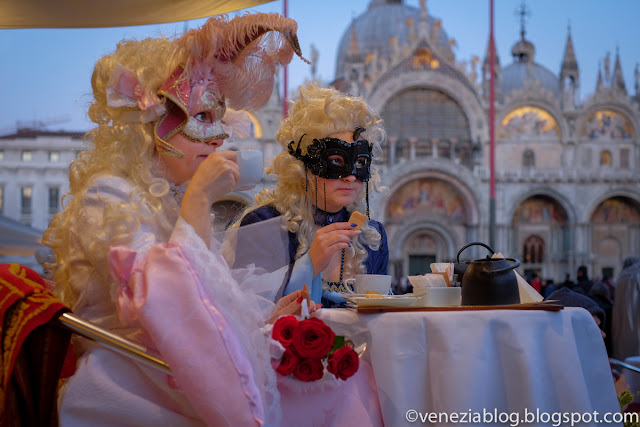 Posted by Steven Varni, aka Sig. Nonloso at 11:01 PM No comments: 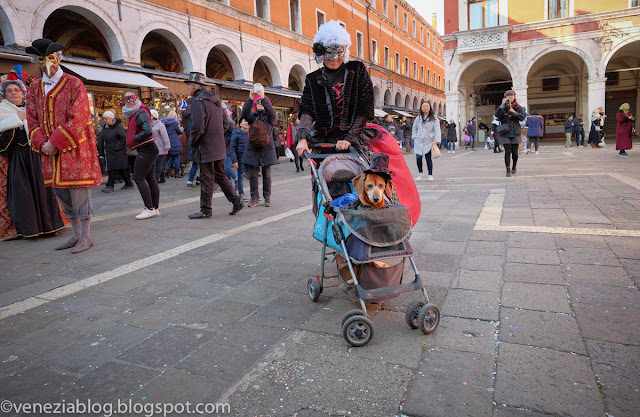 Posted by Steven Varni, aka Sig. Nonloso at 6:05 PM No comments:

By Candlelight and Satellite, Tonight 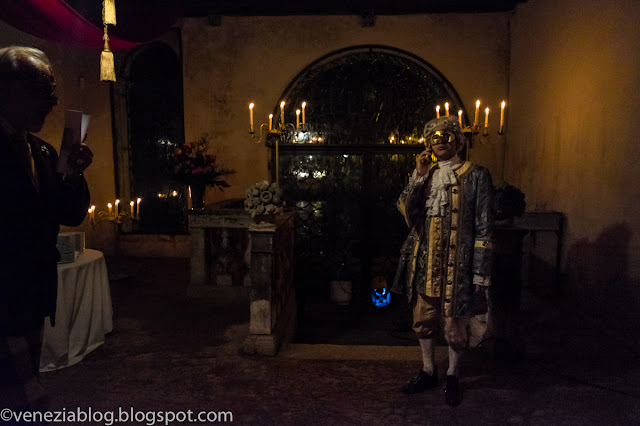 Posted by Steven Varni, aka Sig. Nonloso at 10:24 PM No comments:


Though every Venetian I've ever talked to about Carnevale's rebirth in 1979 has fond memories of its early years--each person inevitably refers to Carnevale in that period as being distinguished by a community spirit long since vanished--there are very few residents over the age of 8 or so who admit to taking much interest in it these days. Almost without exception it's seen as something for tourists, with almost nothing to offer those who live here.

Last Sunday, however, I was reminded by a marvelous production put on at the Museum of Palazzo Mocenigo that there are notable exceptions to this tourist orientation. Il Giocatore di Biribissi was an engaging, funny, and, yes, educational two-man play about a charismatic and voluble gambler (memorably played by Alessandro Bressanello) and his faithful servant and foil (played with an equal if necessarily more simple-hearted charm by Bruno Spolaore).

During the course of the performance the audience was introduced to and invited to play the two games of the Ridotto: the biribissi of the title (a forerunner of roulette, with illustrations rather than numbers on which to place your bet, and winning cards drawn out of a bag), and the card game basetta. In fact, the performance ultimately presented, and evoked, nothing less than the history of state-sanctioned gaming in Venice: from the first tables set up between the twin columns on the Molo by the man who'd finally devised a way to raise upright the massive trophies looted from the East, through the establishment of the Ridotto (the state's own gambling house) in 1638, to its closure in 1774 (in the interest of protecting, or vainly trying to re-establish, the city's moral sense).

There's a lot for the actors to accomplish in less than an hour--character development, history, demonstrations and audience participation, allusions to present-day Venice--but everything was held together by the rapport of Bressanello and Spolaore as they developed the over-arching story of a gambler whose own time has passed living in a Republic that's pretty clearly on its last legs.

You can watch a video of this production on Youtube: https://www.youtube.com/watch?v=UW_kUMCpkgg. Most of the audience participation and other elements not essential to the plot are deleted to leave it with a brisk running time of under 28 minutes.

For those interested in an evocation of Carnevale and of Venice's past--and even if you don't speak Italian, or Venetian (also used)--it's worth a look. The actors's performances are likely to carry you along even if you don't know what they're saying.

Moreover, a demonstration of basetta can be found at the 4:40 mark, and of biribissi at 16:10.

More generally, this video is a good reminder that some of the most compelling events of Carnevale occur away from Piazza San Marco and its crowds: often in the city's museums, and often in Italian. They're worth seeking out.

Posted by Steven Varni, aka Sig. Nonloso at 2:36 PM No comments:

Today's Flight of the Angel, and The Glory of Ancient Rome


Posted by Steven Varni, aka Sig. Nonloso at 6:40 PM No comments: