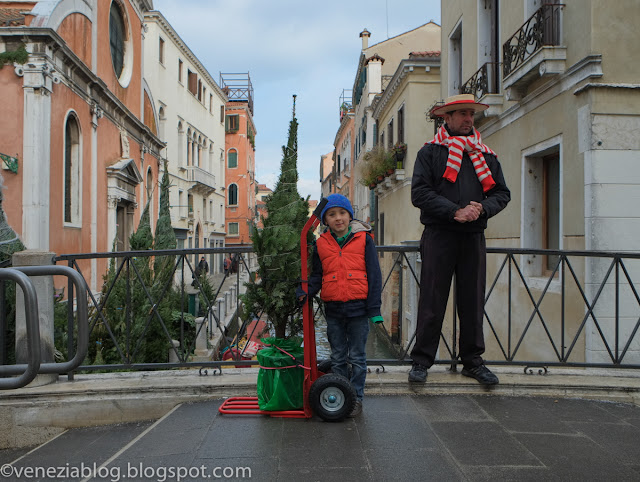 I hope you'll forgive me for raiding the blog's archives a second time this month to link to a piece I first posted in December 2013 which remains, I think, perhaps the best post I've put up about the particularities, or peculiarities, of raising a child in Venice--or at least of raising a certain child here--and how they play out during the holiday season, as well as more generally:

Four years since this original post went up, our son's enthusiasm for the world of deliveries and logistics has only expanded and deepened. Though now, at age 10, he's a good deal taller (and heavier) than his red delivery trolley you can see in the image above. 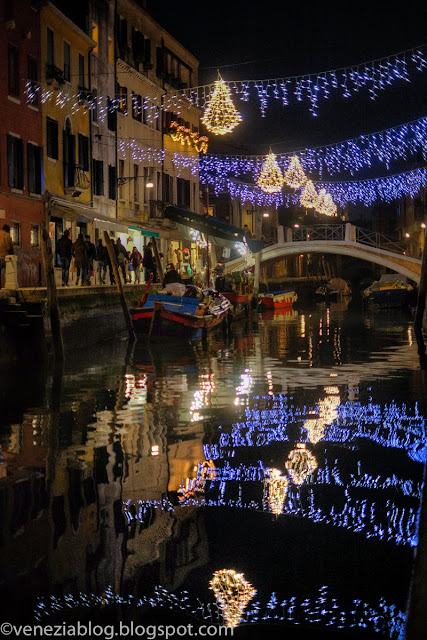 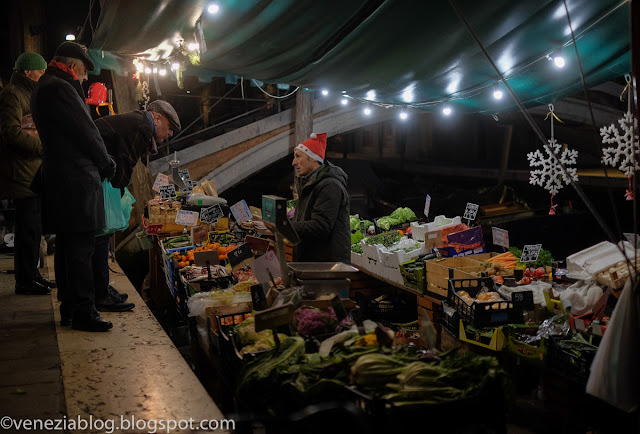 There's a flu going around town and I seem to have gotten it, so, as I'm not getting out much at present, I'll take this opportunity to link below to a seasonal blog piece about Christmas tree shopping in Venice from three years back--to which there is still no definitive answer to the question posed in its title (though I did catch sight of a live Christmas tree being transported in a small family boat a couple of weeks ago). As we now live in the center of Venice we simply wheeled our potted tree home on our son's trolley this year. Which was more convenient, but not quite as fun as the boat ride described below:

Details, Details... Moses and Creatine Monohydrate (in the Church of Madonna dell'Orto)


Combine creatine Monohydrate, a body-building supplement, with the title of Freud's controversial late book Moses and Monotheism and you end up with the title of this post--and what comes to mind when I gaze high up at the figure of Moses in Tintoretto's towering split-level depiction of the delivery of the Ten Commandments and the worship of the Golden Calf in the church of Madonna dell'Orto.

Because these figures are so high up the apse (just below the church's ceiling), you really need binoculars to get a decent look at them in person. But it's worth the effort, as Tintoretto clearly intends this meeting of a mortal with the Almighty, this reception of The Law, to be even more dramatic than Adam's reception of Life on the Sistine Chapel. And, of course, there are a lot of other details to see as well--not least among them, all the horrors of Hell on the wall directly opposite, which supposedly sent Ruskin's frustrated young wife Effie Gray rushing from the church in fright. (Though one can't help but suspect her fear might have been just a pretext to escape for a short time from what one imagines were Ruskin's ceaseless lectures on what they were looking at.)

Posted by Steven Varni, aka Sig. Nonloso at 8:58 AM No comments:


I fear that by the time I finish typing this sentence its point will no longer be true--as that's how short the tourist off-season in Venice now is--but today was a gloriously gray, cold, foggy-ish December day during which, in the course of my errands around town, I do believe I actually saw more residents than tourists. No doubt this experience had something to do with the parts of town to which my errands took me, but it wasn't just that, as in the very same parts of town on most days of the year tourists outnumber residents. No, I realized that we're now in one of those all-too-short-lived and rare tourist lulls, a period whose difference is not just seen by residents but felt. Even the rather mercurial fruttivendolo (vegetable and fruit seller) in Campo Santa Maria Formosa, who can bounce in a flash from brightly hailing kids and their parents as they pass to or from a nearby school to snarling at a tourist for touching an eggplant, seemed as beatifically calm as the Buddha. Venetians seem noticeably less tense, less bitter, less despondent during such lulls. The old (or older) timers among them--but not only them--might perhaps be quick enough to say that this is how things should always be, and how they once were. But there's a sense that for them, too, so long removed from what once seemed like a given, such lulls now appear as nothing less than magical periods, as charged and wondrous as Christmas morning is for children, and like children they move through these periods a bit breathlessly, haunted by the constant sense of how soon they'll be over. 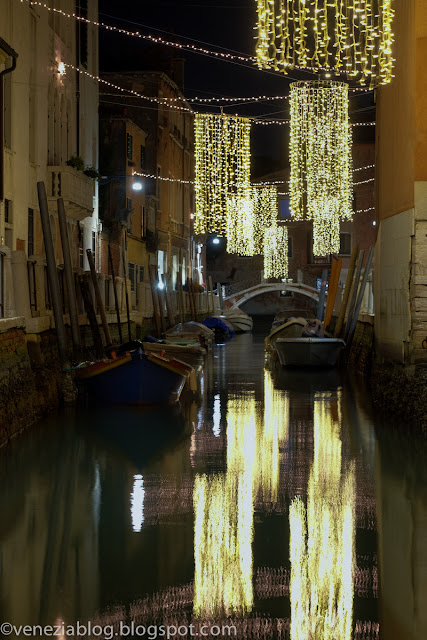 Posted by Steven Varni, aka Sig. Nonloso at 4:12 PM No comments: 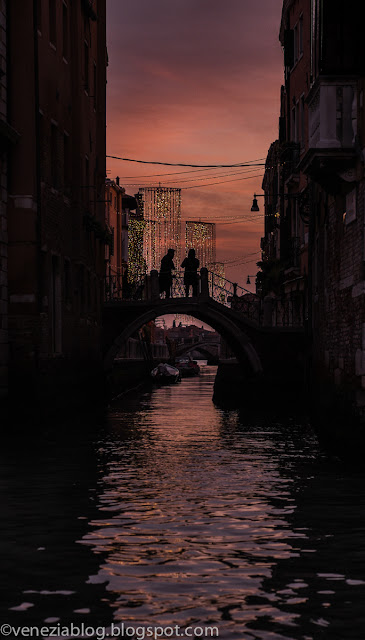 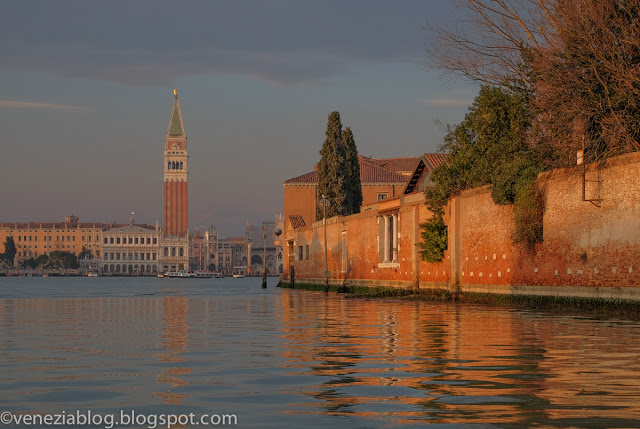 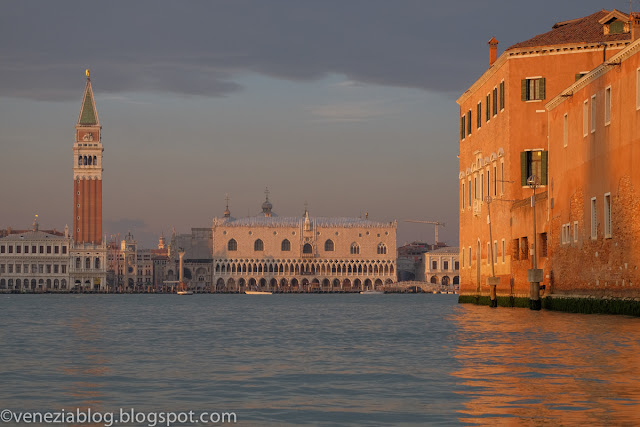 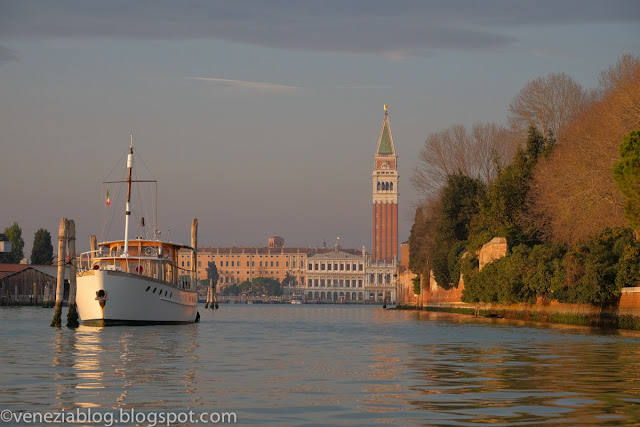 Posted by Steven Varni, aka Sig. Nonloso at 1:09 PM No comments:

Details, Details... Monstrous Head on the Campanile of San Bartolomeo (and Monstrous Behavior in the City Council)


The glower on this monumental face seems like the appropriate response to the Venetian city council's approval today of the city's latest fire sale of public properties to private interests--to be turned into hotels, of course. Venice's non-resident mayor, Luigi Brugnaro, demonstrated his usual respect for the ostensibly more democratic aspects of governing, such as those involving public discussion, by showing up to the council meeting 3 1/2 hours late. For a fuller account of what the international activist group Campaign for a Living Venice calls a "shameful display," please see https://www.facebook.com/campaignforalivingvenice/photos/a.386716914994175.1073741831.335353806797153/543928065939725/?type=3&theater.

Posted by Steven Varni, aka Sig. Nonloso at 12:35 PM No comments: