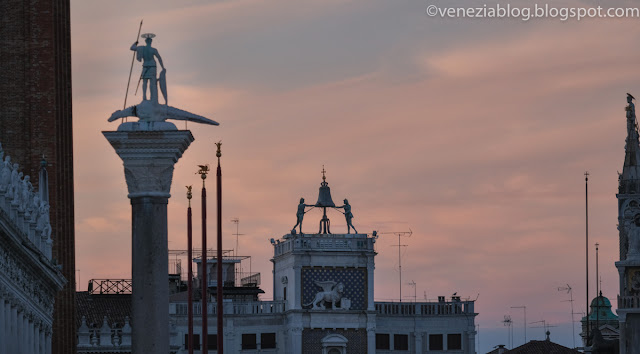 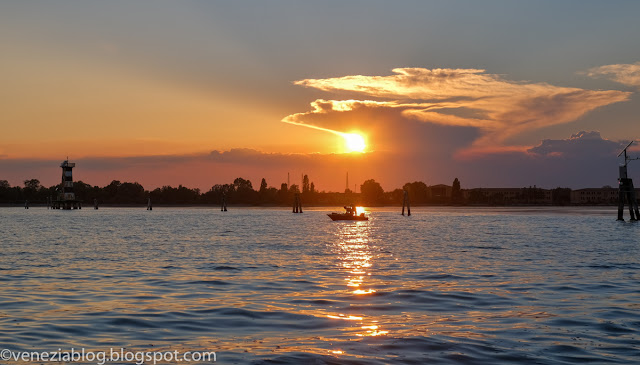 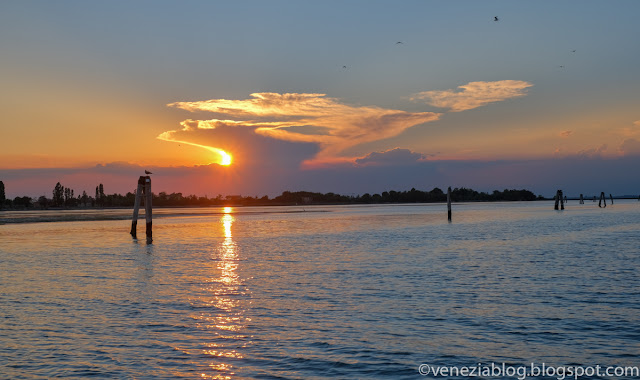 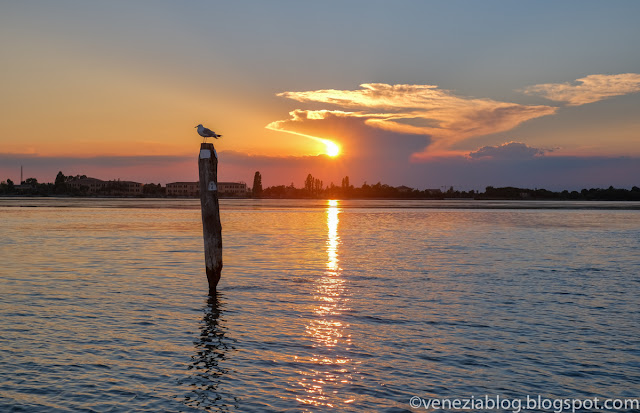 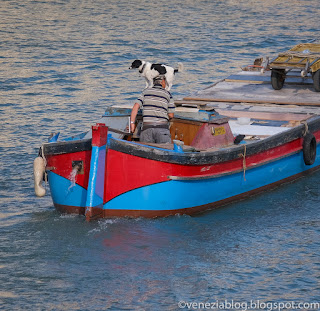 Posted by Steven Varni, aka Sig. Nonloso at 2:47 PM No comments: 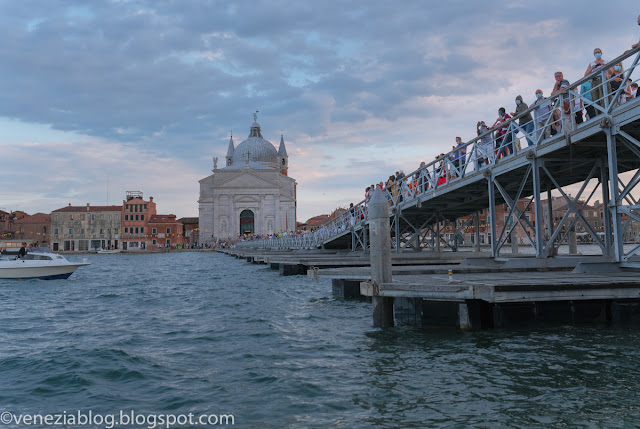 Venice's Festa del Redentore is famous for its midnight firework show--but not this year. In the wake of the corona virus crisis in Italy, and in acknowledgement of the ongoing danger it presents and the serious damages--both physiological and economic--it continues to cause, city authorities decided pyrotechnics would be inappropriate.

This year the origins of the festa in the plague of 1576 reasserted themselves, and the realities of the present dictated a more subdued and intimate approach.

The bridge across the Giudecca was set up as usual (as you can see above), and the religious festivities in the church were carried out as usual (though in accordance with social distancing guidelines). But the day-tripping and mass tourist crowds were absent, and the bacino of San Marco--typically packed by the afternoon with boats claiming their places for the firework display at night--was basically empty, but for law enforcement, some residents such as ourselves tooling around, and four decorated and illuminated barges carrying live musical acts, in the tradition of the galleggianti of old (as illustrated on the website of the Venice non-profit organization Arzanà, which is dedicated to the study, conservation, and restoration of the traditional boats of the lagoon).

(A complete list of the performers on the boats can be found here, and includes the ever-popular local band Furio e gli Ska-J). 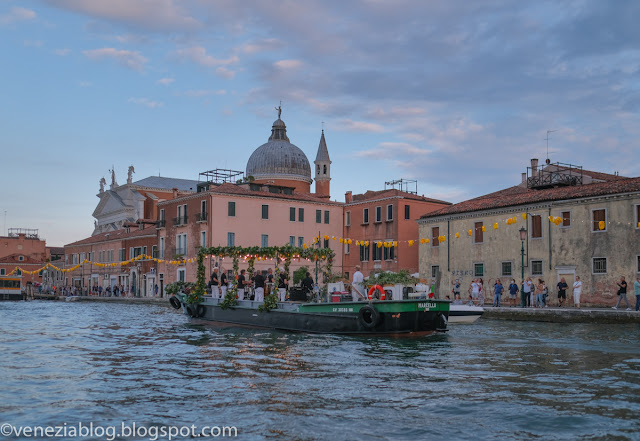 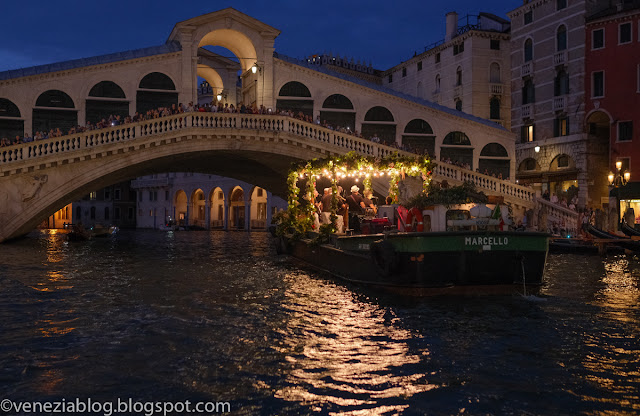 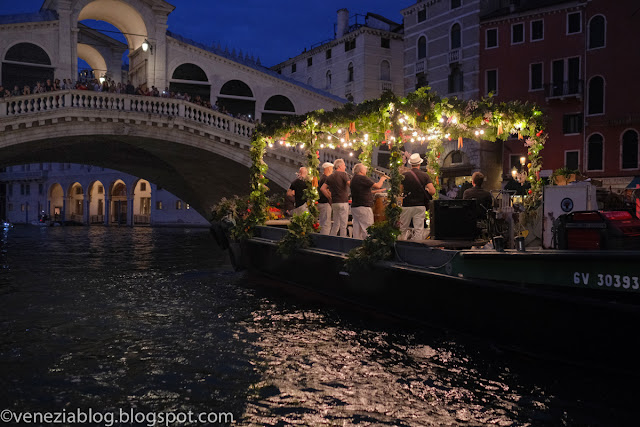 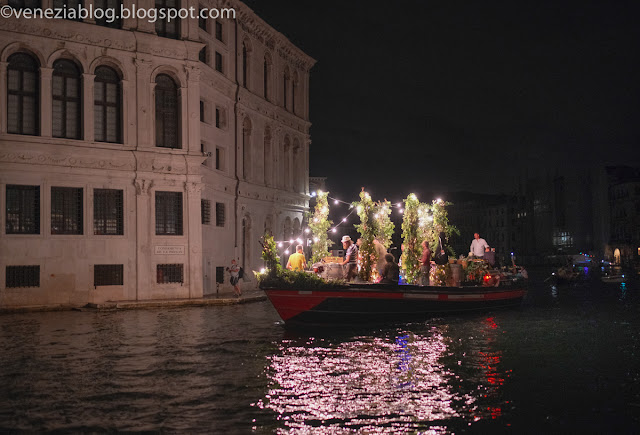 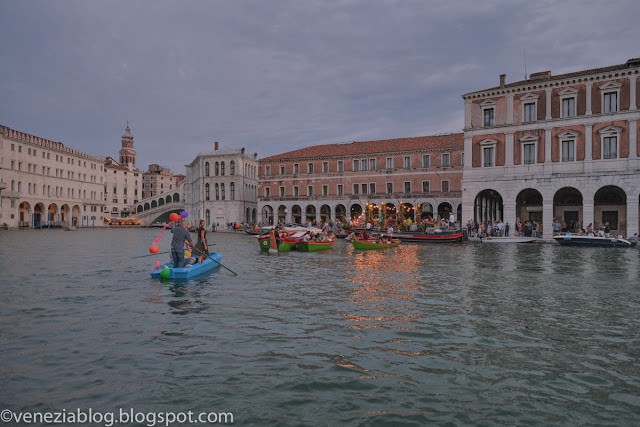 Email ThisBlogThis!Share to TwitterShare to FacebookShare to Pinterest
Labels: Events in Venice, Living in Venice, Scenes of Venice, Venetian Ways

Butterflies on the Grand Canal, This Morning

Light in the Windows, North Lagoon 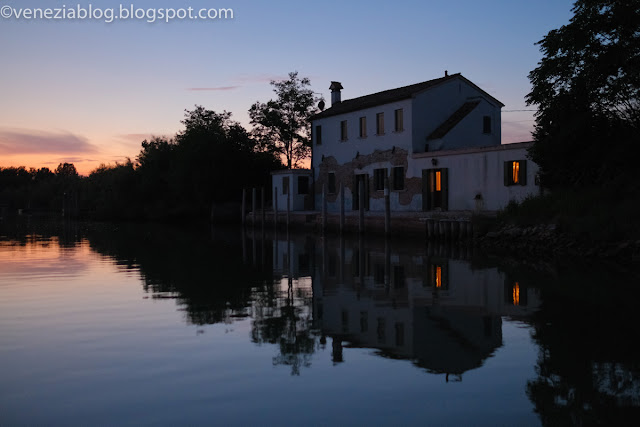 
Manhattan is famous for the grid layout of all but its oldest sections, but grids are usually the last thing one associates with Venice, which typically avoids--or, thanks to its unstable soil, falls away from--the strict right angle in a way that William Blake would have much appreciated (as, indeed, Ruskin did).

Which, for me at least, only makes those surprising appearances of anything approaching a grid here all the more striking. 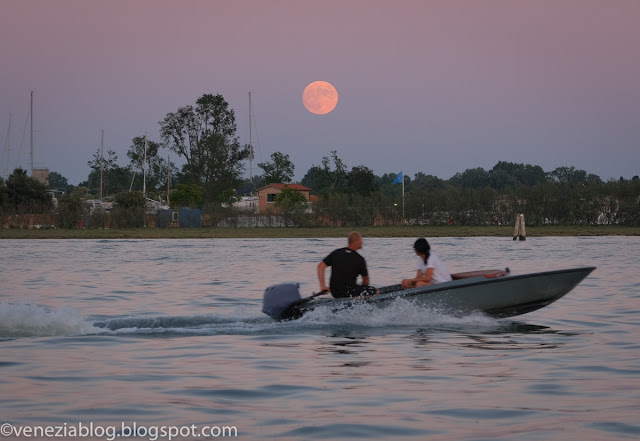 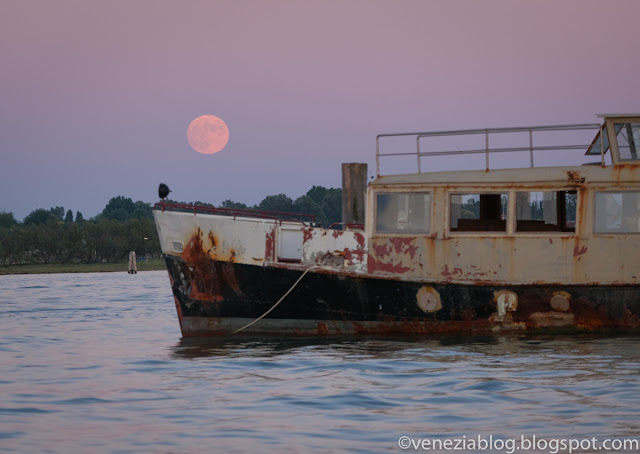 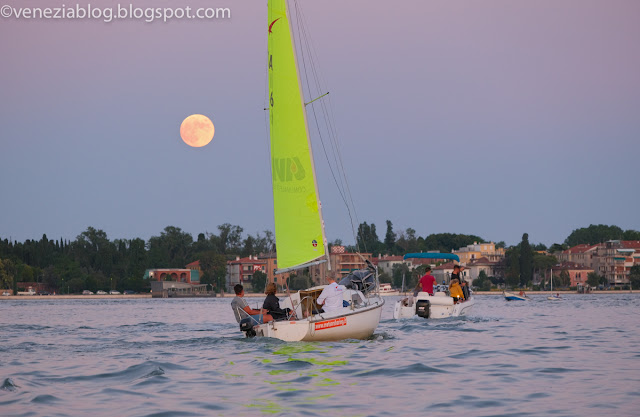 The Way We Were--And, Hopefully, Won't Be Again (7 Views)

I was going through some old folders of unused images on my computer and was struck by these reminders of what had become the norm for life in Venice before the novel coronavirus--in spite of the fact that city authorities had been warned quite literally for decades that an economy dependent almost entirely upon tourism left its residents and the city itself in a perilous position.

The question now (as asked by this article in yesterday's NY Times) is whether the city can develop a better balanced and more productive approach to the complicated challenge of keeping itself afloat.