Near Sant' Erasmo, This Evening 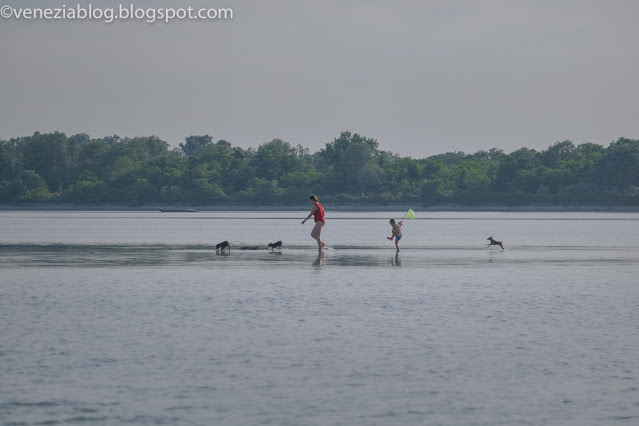 As Tourists Return to Venice, We Prepare to Leave It

As the swallows famously return to San Capistrano in California, so duck lips (rather then ducks themselves) have returned to Venice with the return of tourists to Venice.

This particular and now nearly universal set of the face, a particular aesthetic of beauty created by the technology of our digital and disembodied age (an effect and even a type of technology predicted nearly 100 years ago by Paul Valéry in his remarkable essay "The Conquest of Ubiquity"), and held only so long as required to snap a selfie, is one of the things whose absence during the long touristic lull of the pandemic can only fully be appreciated with its reappearance afterwards.

But while tourists return to Venice we, after living here full-time for more than a decade, are planning to move to Toronto, with a departure from Venice in mid-July.

This is a move that's been long in the works, but one that I haven't wanted to mention in the blog as, not least of all, it's not something I've wanted (or want) to write much about. Writing, no matter how one tries (with varying degrees of success) to disguise it, inevitably brings with it certain demands of form and, at least, if only to a limited degree, of coherence (achieved or attempted).

"To be natural is such a very difficult pose to keep up," a character remarks in Oscar Wilde's An Ideal Husband, and when it comes to this move I've had no interest in writing about it in either a "natural" (ie, casual) way, nor a more formal one. Both of which would, like all forms of writing, begin to shape my thoughts in ways having more to do with the demands of the medium than I'd prefer.

For now I can only say that having watched our son grow from a not-quite-yet-three-old American child upon our arrival on November 1, 2010, to a bi-lingual, bi-cultural, but very Venetian 13 year old, it seemed time return to North America for at least a few years. To be closer to family again, and to the culture in which both my wife and I are at home, as we will never be in Venice.

Despite the international festivals it hosts (the Biennales of Art, Architecture, Film, Dance, etc) the subject when one is in Venice can only inevitably be Venice itself.

It is a city long defined by its own self-regard, in which visitors willingly (even rapturously) join, as they almost can't help but do in such a beautiful, storied place--and in which the city's economy has long relied upon them doing.

But I find it increasingly difficult to form any clear opinions on Venice. For myself at least, any worthwhile attempts at reflection seem possible only outside the hall of mirrors that the city is, and has long been.

The only way to think about a subject, I suspect, is at least for a time not to think about it at all. Not to think, that is, in the conscious sense of the city as an unceasing object of interest or focus or investigation.

As I've written this blog over the last decade I've found myself putting more space between the subject matter of the blog and my actual lived experience. More and more of what I post has been images I've snapped in the course of going about my daily life, the incidental and brief rather than the extended subject of thought (such as, for example, an earlier post about Ruskin inspired by something seen on the way to bringing my son to kindergarten).

In any case, I'm presently so swamped by the complicated logistics of our move that I have no idea at all about what I am doing or will do with this blog. I have a lot of recent photos I've been remiss in not posting. I have ideas about re-posting certain older posts, or posting for the first time photos taken a few years back but never posted.

I think I'll keep the blog going until I get to a place--namely Toronto--where I can perhaps have the time to properly bring it to some kind of close. I can't see that being anytime before the fall.

In the meantime, I'll post current photos and identify them as such, or older photos with the date they were taken. I don't think I'll have much or any time to add any or much text. But beyond this at the moment I find it impossible to say.... 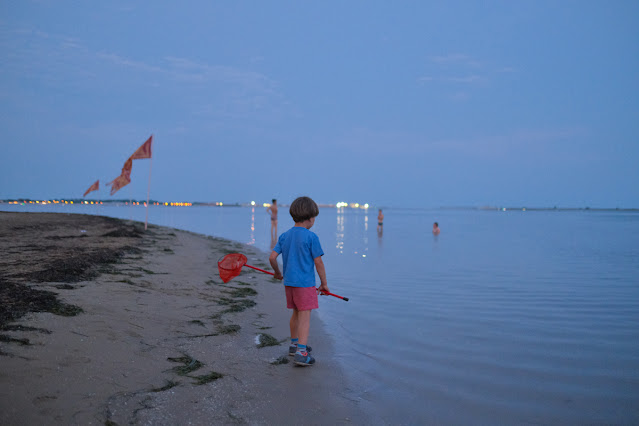 Email ThisBlogThis!Share to TwitterShare to FacebookShare to Pinterest
Labels: Living in Venice, Raising a Child in Venice, Venetian Lagoon 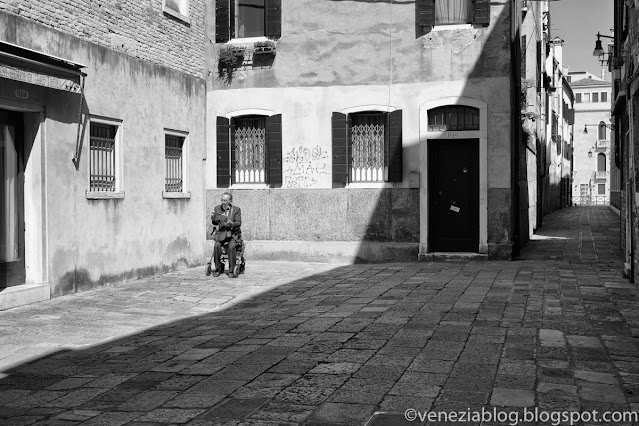 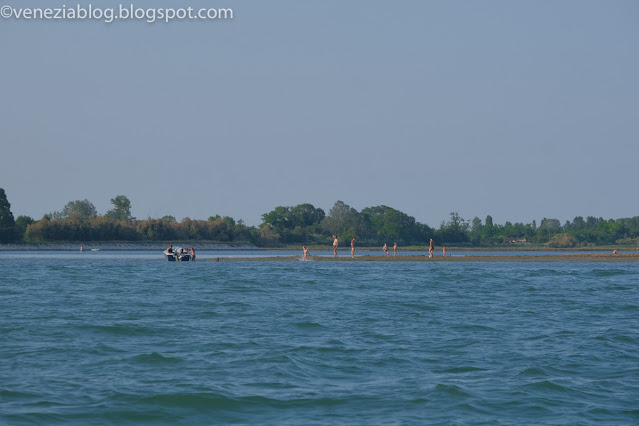 Posted by Steven Varni, aka Sig. Nonloso at 4:37 PM No comments:

On The Publication Day of CIAO, SANDRO!, A Look Back at Its Real-life Inspiration

Today is the publication day of my children's picture book Ciao, Sandro!, featuring illustrations by Luciano Lozano, so it seemed like a good time to remember the adventurous real life dog who inspired the book, who was indeed named Sandro (as is my son, which is actually why I didn't change the dog's name for the book), and who did in fact know how to take vaporetti all around the lagoon by himself.

The real-life Sandro died just short of his 19th birthday two years ago. His fictionalized version can now be found for sale online and/or in your local bookstore--as well as in Venice's own Libreria Marco Polo (the international publication date is June 10). 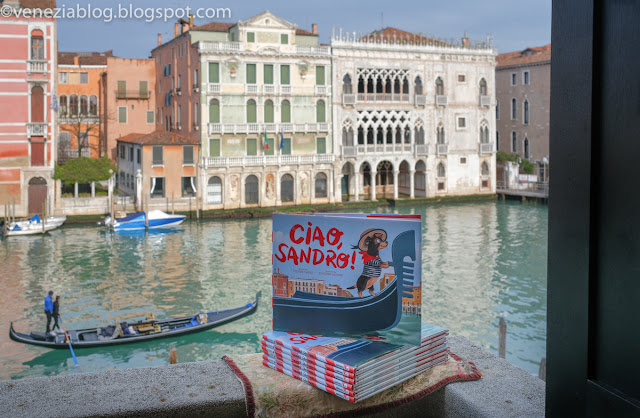 Email ThisBlogThis!Share to TwitterShare to FacebookShare to Pinterest
Labels: things to do in Venice with kids

All Together Now, Grand Canal (This Evening) 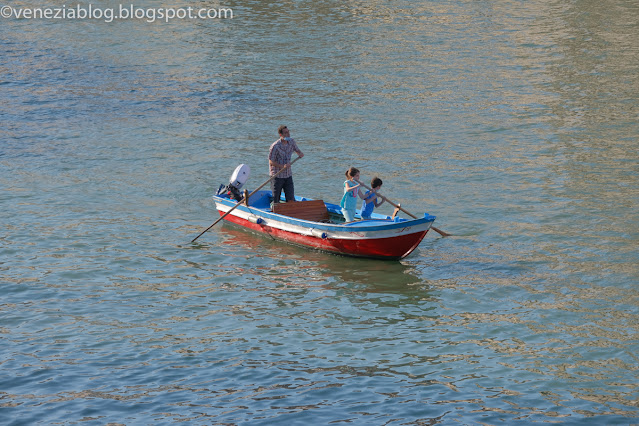