The above trio of stemme (coats of arms), which I think are the most appealing and intriguing of the many to be seen on the bridges of Venice, can only be seen as you pass beneath them in a small boat in the Rio di Ca' Widman, heading in the direction of the church of Santa Maria dei Miracoli.

They are on the Ponte Widmann, if I remember correctly (not the Ponte Pasqualigo, just a stone's throw away along the rio), but are situated on the side of the bridge not visible from the much-traveled pedestrian routes leading from Campiello Widmann gìa Biri to either Campo Santa Maria Nova or, via Calle Giacinto Gallina, to the church of SS Giovanni e Paolo.

On foot, one might be able to capture an image of them with a fully-extended selfie-stick held down in the direction of the water below--though doing so would risk the loss of your smart phone, if it slipped from its bracket and dropped into the rio. But I'm not sure it's worth that risk, as for every detail of Venice that's impossible to see there are at least 100 more hidden in plain sight, obscured by their sheer overwhelming abundance. 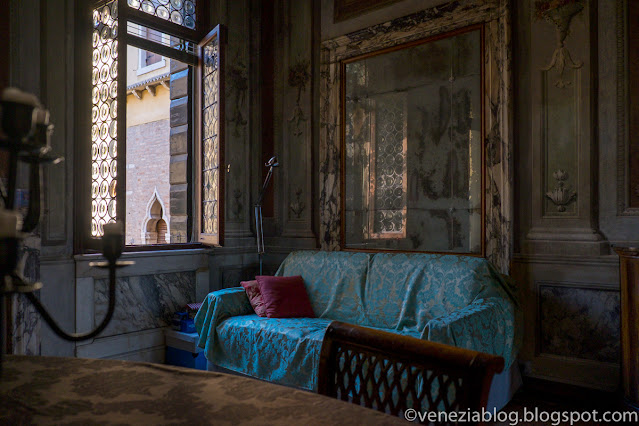 Lord Of All That He Surveys

Posted by Steven Varni, aka Sig. Nonloso at 1:10 PM No comments:

Posted by Steven Varni, aka Sig. Nonloso at 3:17 PM No comments:

I must admit that after living full-time in Venice for a number of years there came a time when the last thing I wanted to hear was that another event of any sort was approaching. Of course the city relies upon events such as Carnevale to draw tourists, and upon even bigger events such as the Biennales of Art and Architecture, and the film festival on Lido, not only to draw tourists but to assert that, in spite of what some have longed claimed, the city is not a backwater, nor in any way "dead," but a thriving cultural hub.

I understood (and understand) this, and yet at times this seemingly endless series of more or less significant events in a city so severely circumscribed in both area and population as Venice seemed only like so many alien impositions upon the slender current of actual daily life that subsisted among its shrinking population.

In a preface to one of the re-issues of her classic book on Venice--an edition from the 1990s if I recall correctly, as I don't have it at hand at the moment--Jan Morris acknowledges that the vibrant, populous, and insular little city she knew in the 1950s was long gone. But she writes that she's resigned herself to Venice's depopulated state, no longer expecting to find the local life she once enjoyed, and now (ie, in the 1990s) appreciates those times when the city manages to put on a show in something like the old grand style for the sake of tourists.

I take her point, but that's not how it seemed to me, as in my opinion the truly remarkable thing about Venice is the manner of life there--and I mean daily, even dull, run-of-the-mill life.

For centuries, and until very recently, this life was hard for many residents, without the creature comforts that were common in other western cities. All those countless "quaint" and "quirky" little 2-guest AirBnB flats, indistinguishable from each other and from every other AirBnB flat in their Ikea furnishings, weren't so charming when they housed a family--and before the modern kitchen and bathroom were installed.

The history of living in Venice is a complicated one, and the way it has benefitted and suffered because of tourism even more complicated. A book on that would be a difficult undertaking, and of interest, alas, only to a university press, as there'd be hardly any audience for it.

But, then, I'm really talking only about my own very circumscribed experience of living there, and of watching our son grow up there: it was the particularities of those experiences at which I marveled, knowing that they couldn't be replicated anywhere else in the world. And I'd wish that more people could live them--which is to say live there (not merely visit)--while finding it hard to believe that such experiences could be had anywhere.

I think we luck into our most striking experiences: we don't plot and prepare and go in search of them, they come upon us unbidden and unexpectedly. We can only try to be open to them, to go out enough to put ourselves, potentially, in the way of them. But in a world in which every last experience has been commodified and is up for sale, a visit to a place like Venice often leaves little to chance. Looking to make the most of our time there, we may in fact come away with very little of our own. Our "bucket lists" of things we must do before our death are deadening in themselves, killing every experience before we can have them, leaving us with so many funereal plots.

Which is a long way of saying that during and after Carnevale what I most wanted to do was get out into the lagoon, even if only to come upon rowers, doing what, admittedly, was once a part of their forebears' labors and was now merely a sport, a form of exercise, but still contained something more than that alone in its very Venetian-ness, in its interaction with the lagoon and its still living, changing (even if changed) tides. 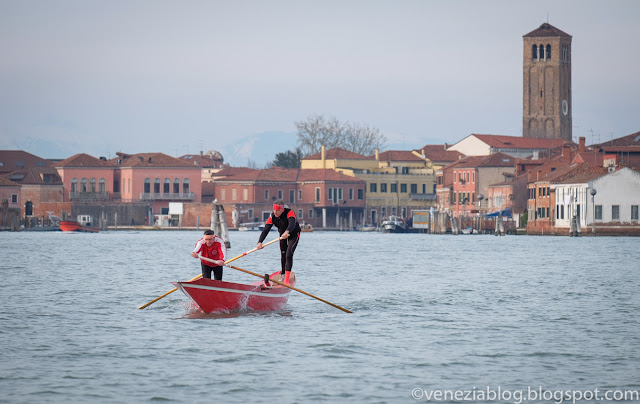 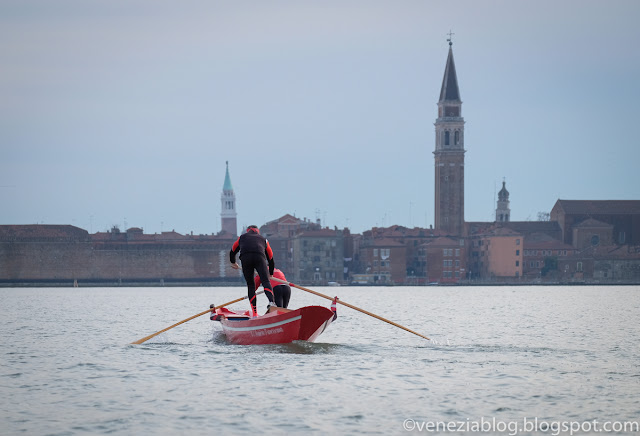 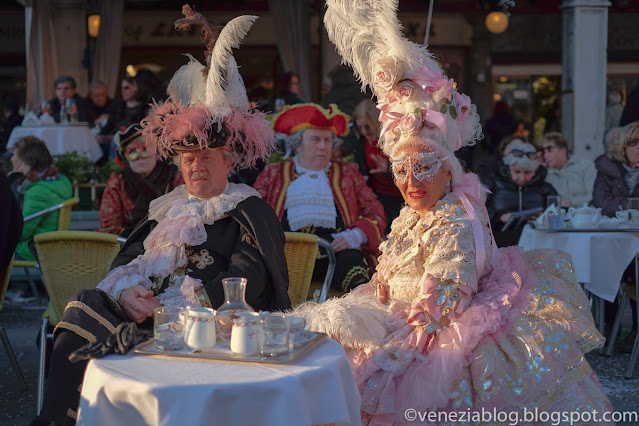