What News on the Rialto? (This Morning) 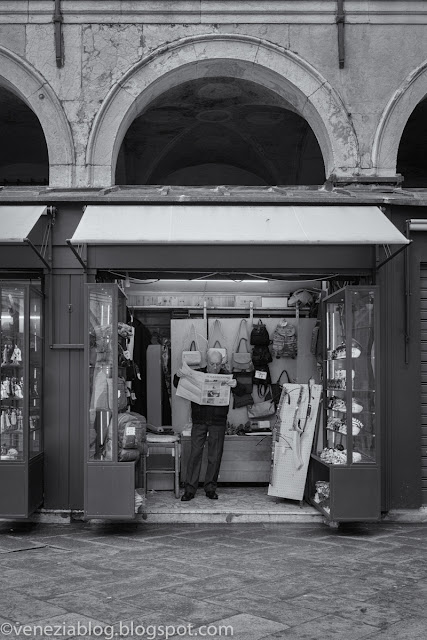 In Shakespeare's day the Campo of San Giacomo di Rialto, beside which the stall pictured above stands, was Europe's foremost mercantile exchange, and the bustling site of (as Edward Muir and Ronald Weissman put it) “a whole sector of human activity with an appropriate dress, gestures, and decorum... [that] signified the bargaining, buying, selling, speculating, and maximizing of personal profits that we would call capitalism and they called tending to their affairs.”*

The business carried on around the campo is not even faintly as world-historical as it once was, and, as Davis and Marvin point out, the vast majority of visitors to the square have no idea they're strolling through, or lolling about, early Capitalism's equivalent of Wall Street. Today, when visitors say "Rialto" they invariably mean the bridge, not the "'change" frequented by Shylock or countless real life uomini d'affari in the centuries before the Venetian Republic's collapse.

These days what counts as big news on the Rialto is that someone, as above, is reading off paper instead of a screen.

_________
NOTE
* Muir's and Weissman's essay "Social and Symbolic Places in Renaissance Venice and Florence" is cited in Venice: The Tourist Maze, by Robert C. Davis and Garry R. Marvin