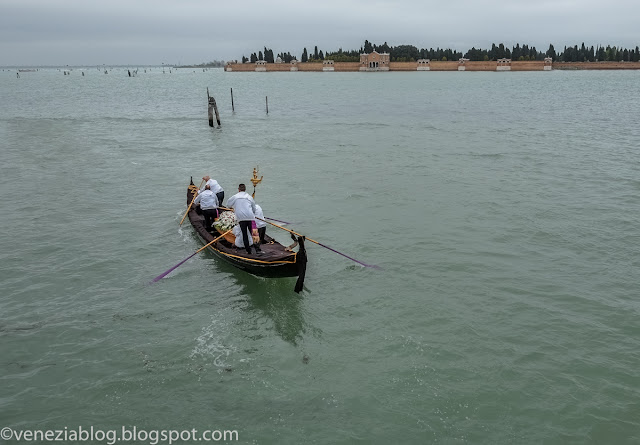 Until fairly recently--or very recently when viewed in the context of Venice's long history--Venetians made their final trip on this earth under the power of oar: my last post included a photograph taken in 1961 by Fulvio Roiter of a coffin being rowed to the cemetery island of San Michele. But you almost never see this any more. In nearly 8 years of living here I've never seen it at all.

Which is why the sight of a gondola cloaked in black waiting in the canal before the church of SS Giovanni and Paolo was such a surprise last Thursday.

At the door of the church stood a large spray of flowers, whose silk sash identified it as a memorial gift from the Danieli gondola stand. This made me think the deceased must have been a gondolier. But when I asked a young gondolier loitering beside the gangplank leading to the funeral boat if this was the case he answered "Non lo so," in a tone that suggested not only did he not know, he really didn't care.

He then boarded one of the two gondole double-parked at the end of the gangplank (see images below) and returned with a slender red-and-white striped pole and sign. He set up the pole beside the gangplank, then affixed to it the usual "Gondola Service" sign you see at gondola stands, setting out the price and terms of service in different languages.

Strange though it seemed, I assumed this was part of the final rites and that, as such, and in spite of the young man's professed (and possibly feigned ignorance), the deceased had to have been a gondolier.  For why would any other type of Venetian want to explicitly associate his or her last voyage with a blatantly touristic activity? The vast majority of Venetians wouldn't, as they say, be caught dead paying to take a ride from a gondola stand.

It wasn't until a couple of days later that it occurred to me that the "Gondola Service" sign wasn't serving as a prop for the funeral--that is, indicating the profession of the deceased--but was merely doing what those signs always do: soliciting tourists for a gondola ride. And that the second gondola double-parked beside the funeral boat wasn't part of the funeral at all.

Which is why the young gondolier replied to my question about the deceased with what struck me as such cold indifference. He actually did not know or care whom the deceased was. He was just angry that the funeral gondola was temporarily moored in the place of his gondola for hire.

That is, that the death of a Venetian was potentially cutting into his tourist-based business.

Indeed, for as long as the funeral gondola was there, his passengers would have to step into the  black-draped funeral gondola before stepping into his own gondola. (Though judging by the utterly nonplussed response of two tourists whose Italian guide paused at the sight of the funeral gondola to snap her own photo of what she described to them in English as an extremely rare sight, most of his clients aren't likely to have registered what they were passing through.)

In any case, I didn't disturb the mass going on inside the church, and didn't linger to see the mourners and coffin come out. Instead, I walked to the bridge at the end of Rio dei Mendicanti, from which I could watch the funeral gondola pass out into the north lagoon toward the island of San Michele--and take pictures from the same vantage point Fulvio Roiter seemed to have used in his photo from 1961.

The sight of the gondola making that trip was still on my mind late in the afternoon that same day when I boarded the traghetto to cross the Grand Canal at Santa Sofia and vaguely happened to catch a few words said by the rower in the prua, or front of the boat, to the one in the poppa. Something--I don't remember exactly what--that seemed to allude to the, or at least a funeral. I mentioned that I'd seen a coffin being rowed to San Michele earlier that day and the man nodded and gestured to another traghetto-style gondola moored to one side of us, to indicate that there it was, the very gondola that had been used--though no longer covered in black cloth, and without the boards that had been laid across its mid-section to support the coffin.

I asked if the deceased had been a gondolier, and he nodded again. Then gestured this time to the traghetto station's little hut on shore, saying he'd worked there.

Was it something sudden? I asked. Yes, he said, a heart attack.

Was he very old? No, sessanta, he replied--in a way that acknowledged that both he and I were old enough (in contrast to the gondolier I'd very briefly questioned earlier that day) for 60 to seem hardly any age at all. At least not age enough to suddenly die.

I cross the Grand Canal on that traghetto a couple of times a week, and beginning with the next time I do I'm sure I'll start to look for who's missing from the usual crew, from among those whom in the course of our usual day we may not even notice that we notice. And if we hardly notice their presence, how will we notice their absence?

But I suspect we notice more than we know.

Especially in a small town like Venice. For beneath the smothering tourist crush, Venice is a very small town. And getting smaller every day. 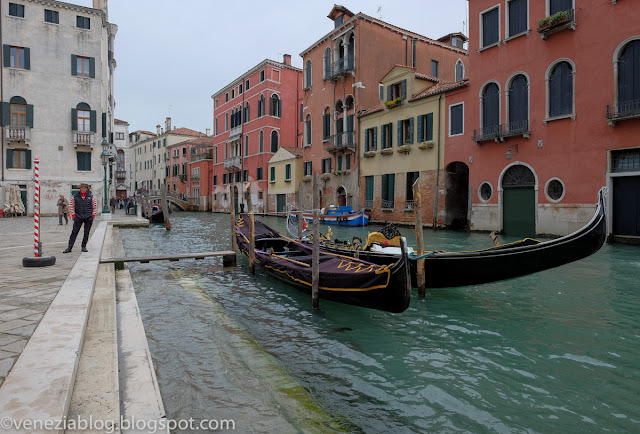 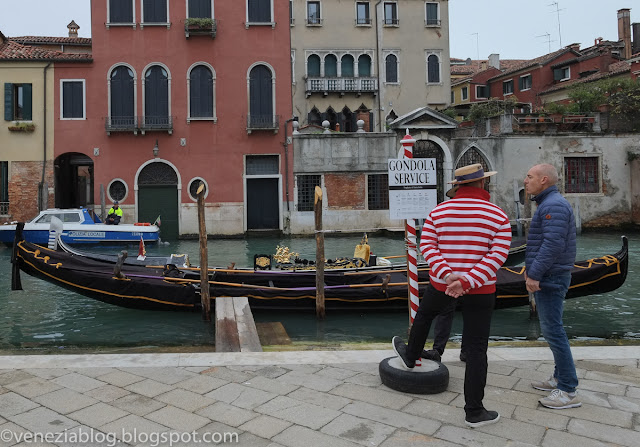 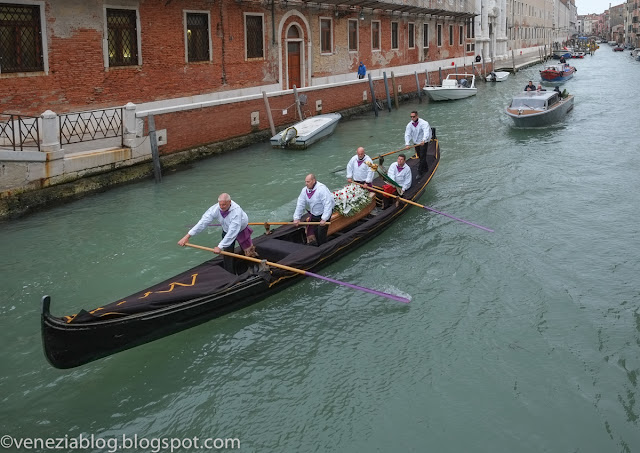 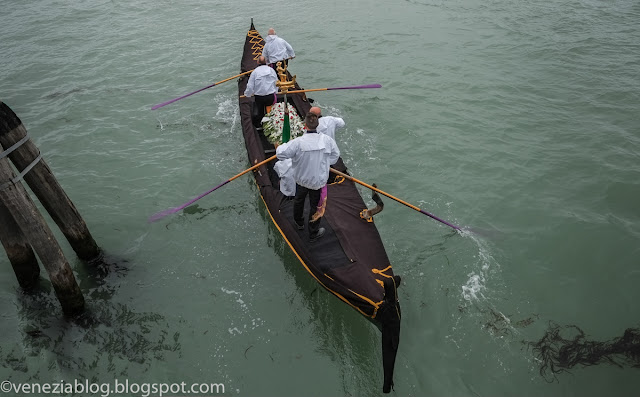 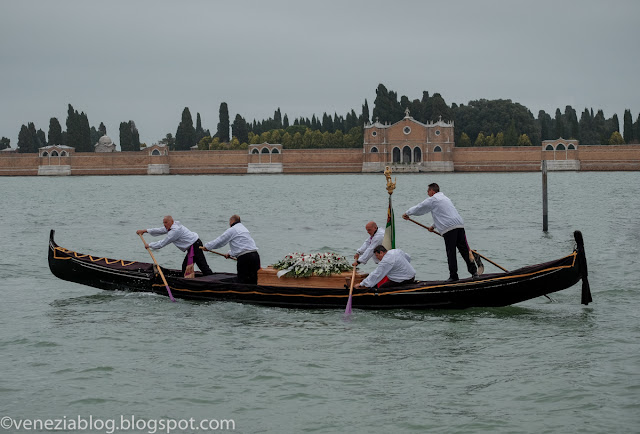 Posted by Steven Varni, aka Sig. Nonloso at 3:33 PM