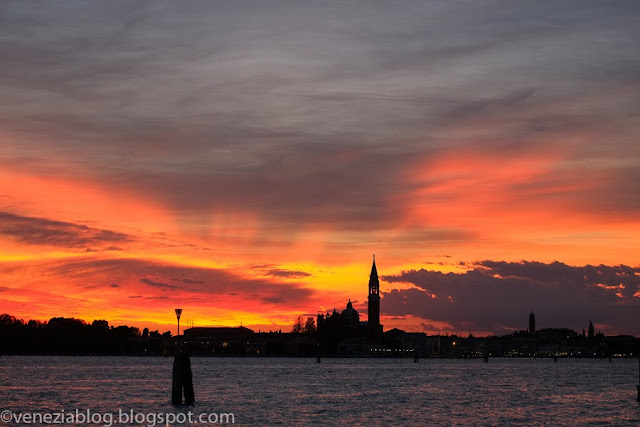 In what seemed to be a pretty transparent ploy to delay his bedtime, Sandro suggested after dinner tonight that we go outside to see the sunset. I wasn't sure that I should give in too easily, as I wouldn't want to stifle his creativity when it comes to delaying bedtime and the old sunset strategy seemed a bit too easy; I was sure he could come up with something better. But he seemed like perhaps he really was interested in seeing the sunset, so downstairs we went and had taken just a couple of steps out the door of our apartment building when the portion of sky we could see--just a bit of it, not the sunset itself--was so impressive that we decided we'd better run, so as not to miss any of it.

One of the curses of the digital age is the ease with which images can now be absurdly over-processed, whether done in camera--with the ever-dangerous "Vivid" setting that many cameras offer--or with editing software. I assure you, Dear Reader, that the above image has no such heavy-handed processing, no "Vivid" setting was used, no ready-made image filter called something like "Orange Crush" was applied. The sky was something very much like that--as a likeness is all we can truly ever get through any means of reproduction. Only better. And it reminded me tonight of something I'll pass along to you (though many of you probably not have forgotten it, as I did): that the best season for sunsets in Venice has now begun.

Yes, the days are growing rapidly shorter, but the consolation here throughout the winter months is that even the most meager and reduced of them can go out, against all expectations, symphonically. With a full range of color and drama that would bring smiles--if not (new) noses to replace those hacked off by vandals--to the busts of Verdi and Wagner overlooking the lagoon not far from where the above picture was taken.

The sunset of the next evening, that is, last night (19 September), offered its own more tempered drama and beauty. I attach 3 images below as further evidence that the season really is underway. 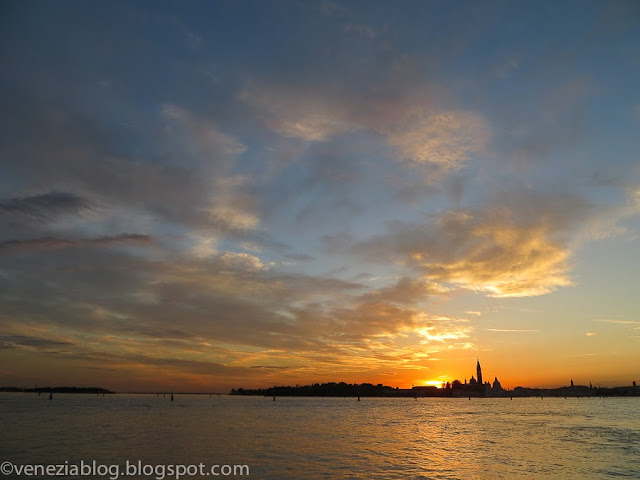 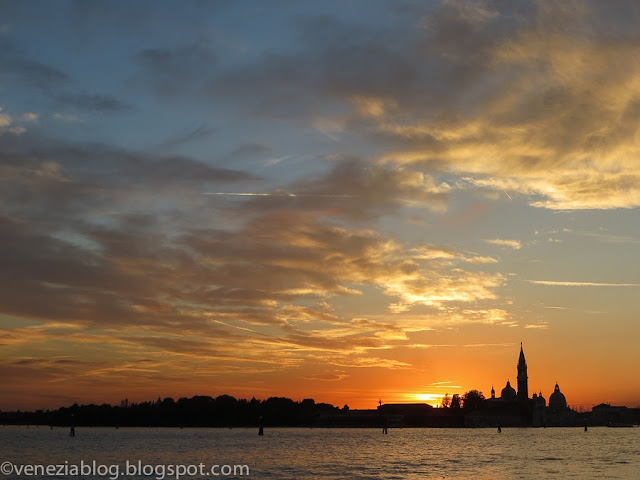 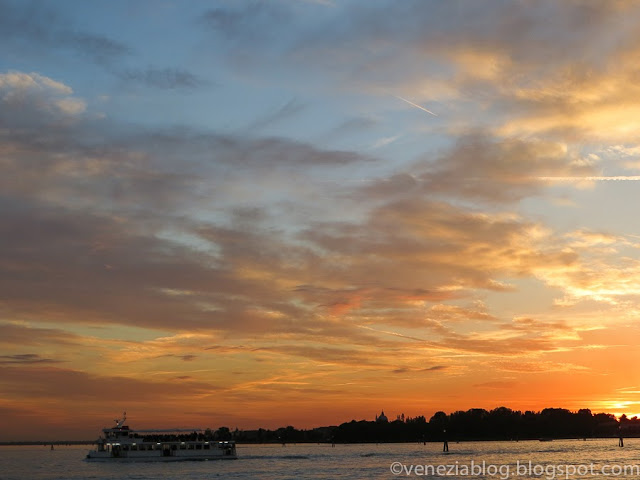 Posted by Steven Varni, aka Sig. Nonloso at 9:31 PM