A Destroyer in the Bacino of San Marco, Today 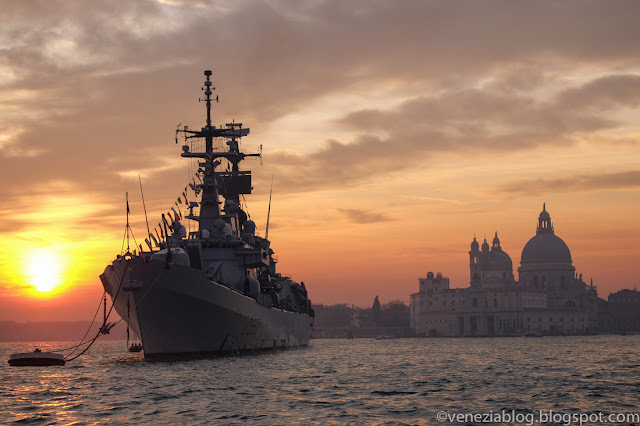 And, no, I'm not talking about a cruise ship this time, but an actual naval ship, the Luigi Durand de la Penne, from the Marina Militare (or Italian navy). It arrived yesterday and was open to visitors today--and will be again tomorrow--in commemoration of its daring namesake's successful human torpedo attack in the early morning hours of 19 December 1941 on two British battleships in the Port of Alexandria.

The destroyer is open to the public in the morning and afternoon, with free shuttles to the ship leaving from the Riva degli Schaivoni in front of the Caserma Aristide Cornoldi (which, if one if one is walking from San Marco, is not far beyond the "Vivaldi church", aka, Santa Maria della Pietà).

It's rather an odd sight in the bacino, and a rather dramatic one in this evening's sunset. 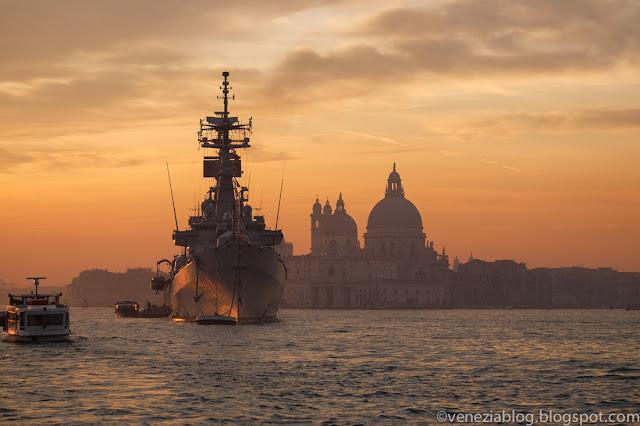 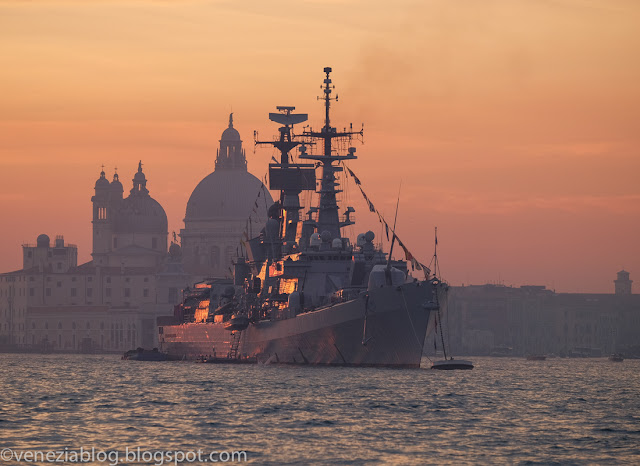 Posted by Steven Varni, aka Sig. Nonloso at 1:37 PM

Email ThisBlogThis!Share to TwitterShare to FacebookShare to Pinterest
Labels: Events in Venice, Scenes of Venice