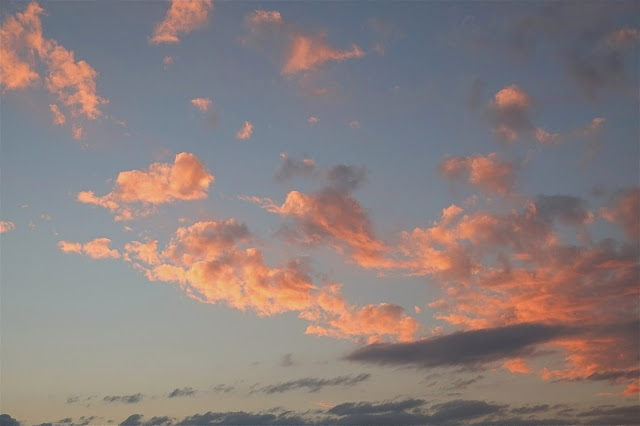 For the 7 years that I lived and worked not too far from the Metropolitan Museum of Art in New York City the paintings of Tiepolo were one of the things that I found useful in getting through the worst months of winter, of January and February, in particular. Unlike, say, the etchings of Rembrandt in that museum's print collection, which draw you into their dark web of lines, I never felt the urge to linger over the Tiepolos for too long. Rather, it was enough to pass through the room in which they hung for the blues and pinks and golds of their skies to have their effect on me, their particular tones somehow creating a sense of lightness where there was none before.

Of course in Venice one can view them in the rooms for which they were painted, or, at the very least, on ceilings above one's head (as intended), instead of on the walls of galleries.

Or, sometimes, like this evening, one can simply walk outside and see the original inspiration for those skies and be reminded of how, for all his gift for depicting the fanciful, sometimes Tiepolo was just gloriously literal. 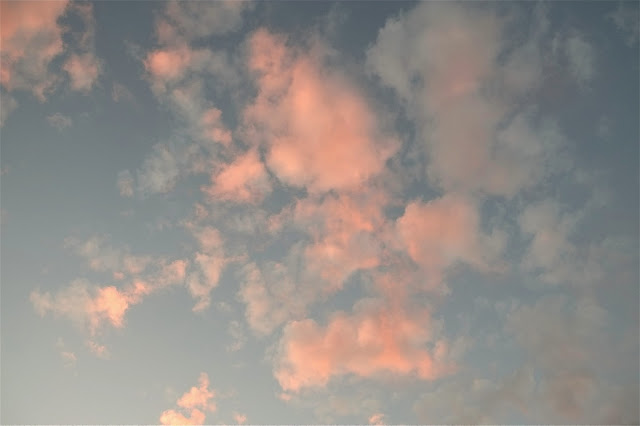 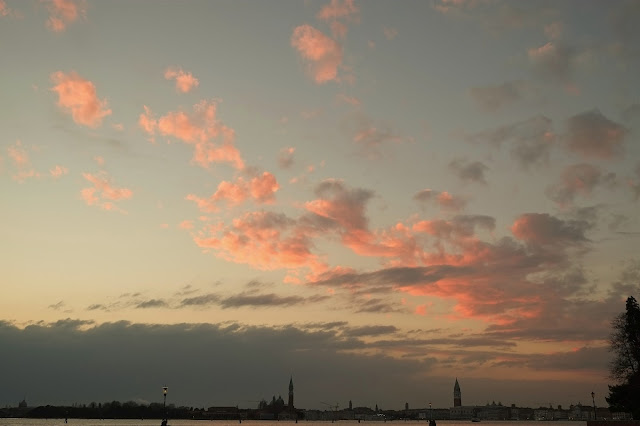 Posted by Steven Varni, aka Sig. Nonloso at 7:12 PM