Lost in a Sudden Fog on the Feast of Santo Stefano 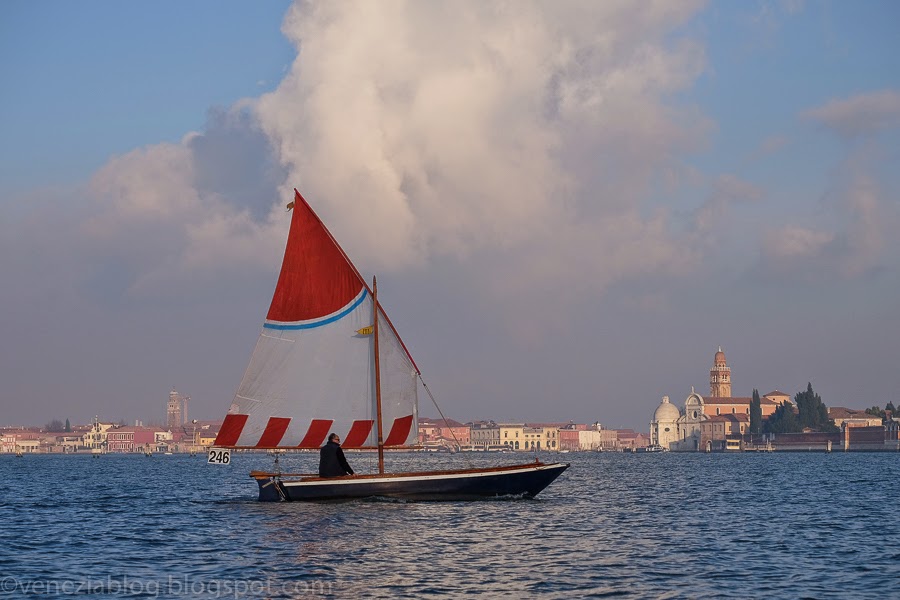 The first signs of fog to appear during an otherwise sunny afternoon out on the lagoon seem almost sentient, I noticed yesterday: advance parties of frolicsome sprites--always seen, it seems, only out of the corner of one's eye--gamboling across the surface of the water.

It had been a bright blue Feast of Santo Stefano yesterday, people out strolling, enjoying the sun on their faces, kids playing soccer/football/calcio/whatever-you-call-it. It all changed very quickly, as I know conditions in the lagoon are prone to do (though more often in summer than winter).

I knew the sun wouldn't be setting for more than two hours; I was in our boat near Fondamente Nove, not far from our mooring place on Certosa, and in no hurry to head back to it. Though after those first evanescent bands of merry sprites, various divisions of light cavalry began trotting past. This was fog with something serious on its mind, but what did it have to do with me? The sky was still high and Tiepolo blue, the sun imperious, the clouds fluffy and smug.

Then, with my camera, I followed the course of the sanpierota sailing past me: from the broad open horizon of the west, to the view northward of Murano (the image above), northeasterly toward the cemetery island (below), and all the way east--to an invading army swelling thick and dark. 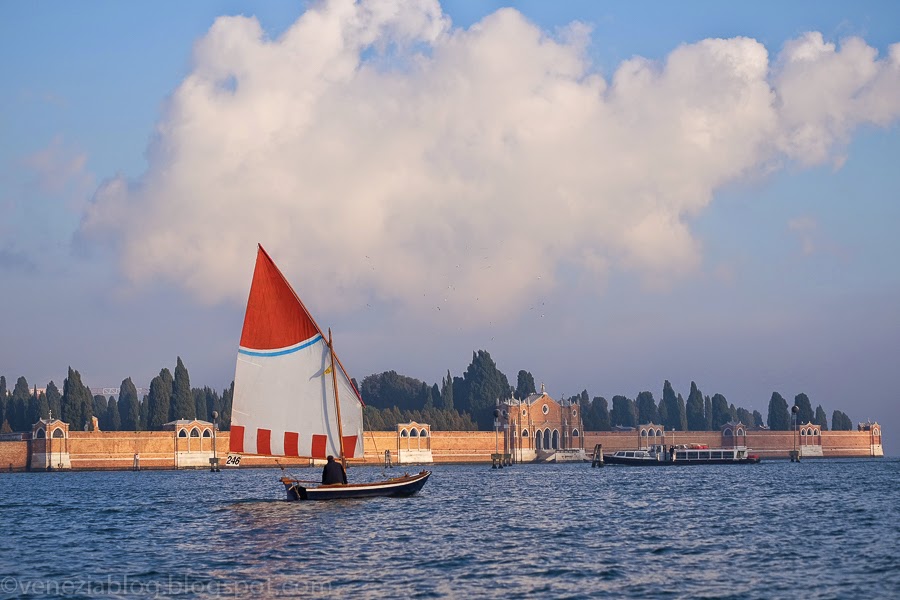 That--the scene you can see directly below--was a little worrisome. And of course the expert sailor of the sanpierota (which you may recognize from my post of 23 November) seemed to be heading home. But I wanted to go down the Grand Canal on this quiet holiday and, surely, I thought, the fog wouldn't get too heavy there. 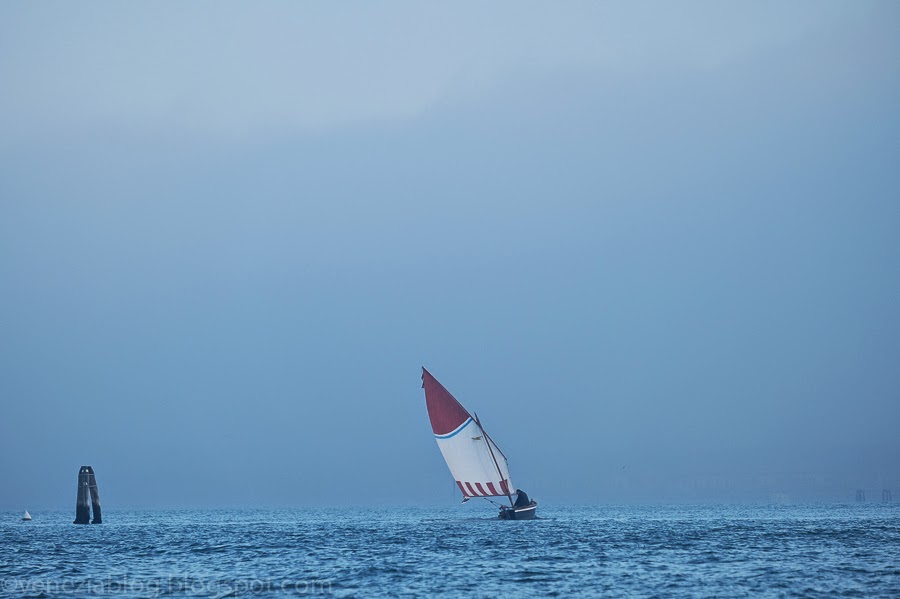 A half hour or so later, after motoring down the Grand Canal from Ca' Pesaro, I arrived near the mouth of the Grand Canal to find that the Dogana da Mare had vanished off the face of the earth as far as I could tell, as had all the famous buildings of the Molo that everyone comes to see. To avoid completely losing my way if I strayed out into the basin of San Marco, I puttered along as close as I could to the area in front of the Molo roped off for the use of gondolas, but still couldn't see the Palazzo Ducale. In fact, I could see no building anywhere along the riva as I motored cautiously toward Sant' Elena, though I was not much more than a few yards distant from the dockside for most of the way. 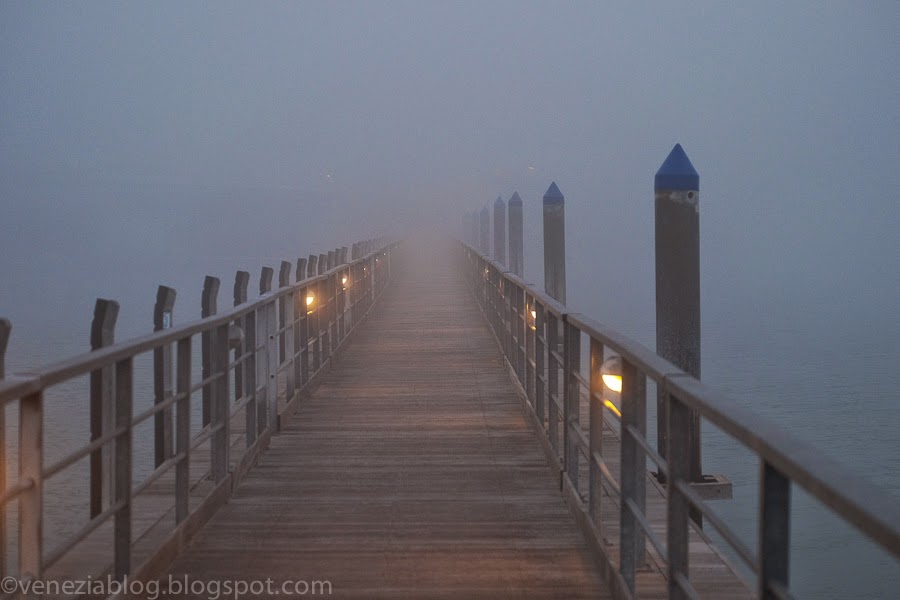 By the time I tied up our boat, the vaporetti had stopped running. I caught a ride home with one of the marinai of the marina, who was polite enough not to ask what in the world I'd been doing out in such weather.

Posted by Steven Varni, aka Sig. Nonloso at 1:23 PM