Posted by Steven Varni, aka Sig. Nonloso at 8:40 PM No comments:

Into the Setting Sun, Isola dei Laghi and Mazzorbo (4 Views) 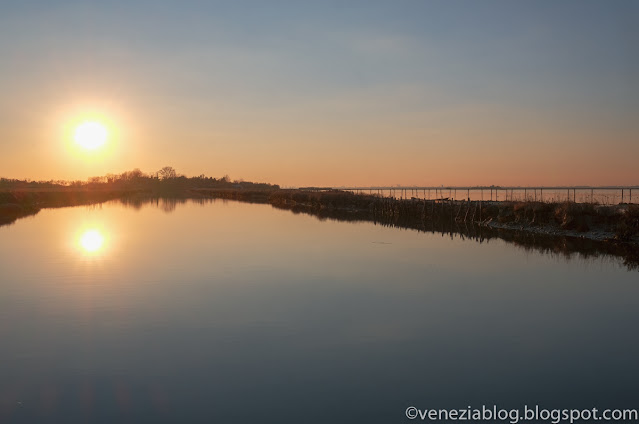 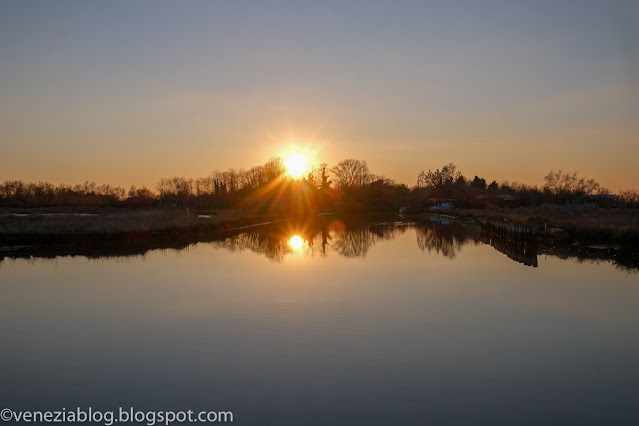 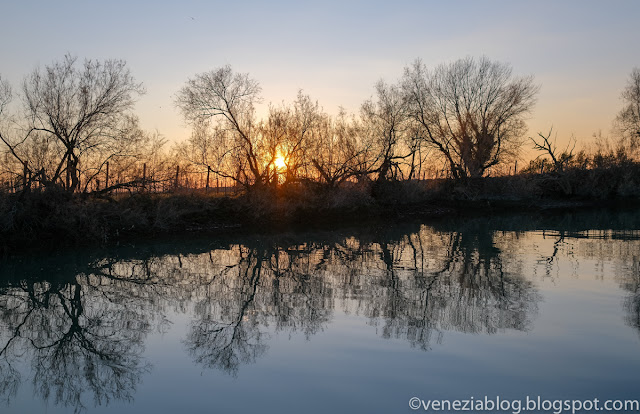 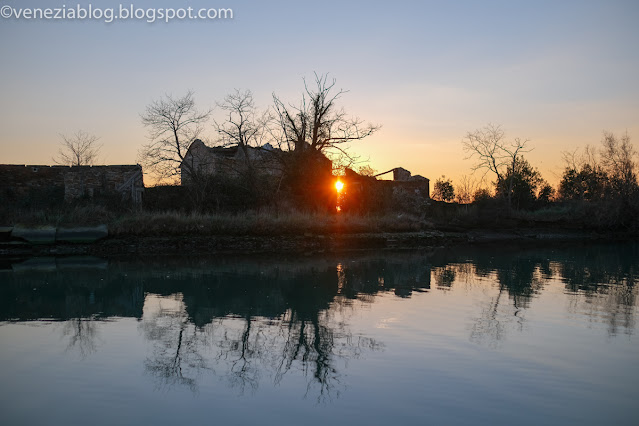 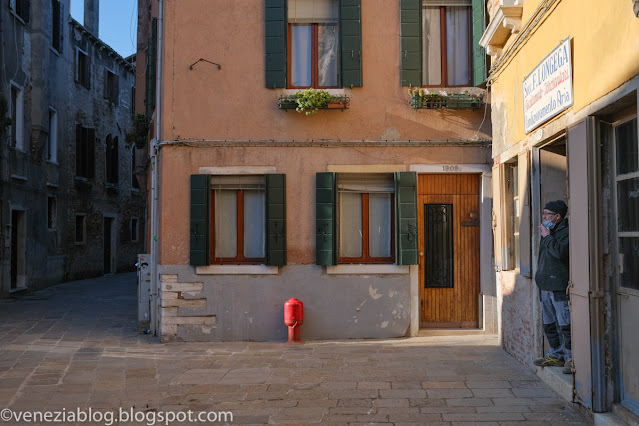 A lot of people are understandably upset by the decision by Venice's non-resident mayor, self-appointed Councilor for Culture, and Vice-President of the Fondazione Musei Civici di Venezia, Luigi Brugnaro, not to re-open the city's museums when all of Italy's museum have been given the green light to do so on January 15, in spite of the fact that 8 million euro have just arrived from the national government to make up for lost ticket sales in 2020.

As the piece linked to above on the website Ytali succinctly lays out, and as discussed in more detail in a post I linked to last week by Monica Cesarato, the benefits of re-opening the museums seem obvious, and are of significant importance to preserving the vitality of the city through this very difficult time. Given the facts of the situation laid out above, the decision by the Brugnaro administration seems inexplicable.

But maybe that's because those of us who find it so are, in a sense, asking the wrong question. We ask:

What could possibly prevent an administration from taking a step that has obvious benefits for more than 500 employees of the city's museums, its residents, and for the reputation of the city itself?

An obvious question, it seems to us. But that is where we go wrong.

But there has been ample evidence before this that, despite a bit of rhetoric here and there (especially during election season), they are not shared by Brugnaro and his administration.

His priorities and ours do not line up, no matter how much we tell ourselves that ours are grounded in well-founded traditions of both culture and policy.

There is no sign that our criteria of success have anything in common with those of Brugnaro and his ilk.

To use a larger example: as the 6 billion euro MOSE water barrier system sat unused and unusable, I used to shake my head in disgust at what an utter failure the project to protect Venice had been. But then I realized it was only a failure insofar as I believed that the primary goal of the project was actually to save Venice from flooding.

What if, in fact, that was not the primary goal at all?

What if the real goal, at least for some well-connected people, was to secure a no-bid monopoly contract that would assure a steady transfer of immense sums of government funds into their own private businesses--not just while the long-overdue project was under construction but after it was ostensibly "completed"? After all, annual maintenance of the monstrosity is placed at 200 million euro.

In those terms--that of effecting the transfer of huge amounts of public funds into private hands--the MOSE project was a huge success. And so, in those terms, it continues to be, even while the cost of its mere functioning, not just maintenance, are huge (which is, of course, another great success according to this measure).

Similarly, our idea that Brugnaro would have any interest at all in maintaining the vitality of public institutions seems unfounded. On the contrary, not only has the Brugnaro administration been complicit in the sale of public property to private interests, Brugnaro himself has attempted to buy public property (the island of Poveglia before he was elected mayor, not to mention his complicated ongoing arrangement involving the Scuola di Misericordia).

That is, what we see as the defects in this latest decision regarding the city museums are precisely what Brugnaro might see as its appeal: the weakening/destabilizing of public institutions (and the demoralization of their employees).

Brugnaro is a predatory capitalist, it's how he made his fortune. The son of a Leftist pro-labor poet, what some might term his Oedipal reaction has been acted out on a big stage, first in his overtly anti-labor temporary employment agency, then in his ongoing support of neo-liberal policies which aim to sell off public assets to private interests and sacrifice public good (and even public health) to private profit.

To such people, the undermining of any public asset is not considered a danger, but an opportunity. And Brugnaro has made it clear over the last six years, as he promotes the transformation of this or that public asset into a private luxury hotel (eg, Fort Sant' Andrea), that he sees the lagoon as being filled with opportunities rather than, you know, citizens (unless an election is approaching, in which case the latter become temporarily visible on his radar insofar as they are voters).

Alas, there are a lot of Brugnaros around. So many, in fact, that Venice's non-resident "first citizen," as he aids in the dismantling and selling off (or buying off) of what is supposed to be one of "Western culture's" great constructions, seems relatively (but only relatively) benign. I mean, at least he's not in the midst of an ongoing coup attempt upon what was purported to be one of the world's "most stable democracies" (though on the Democracy Index my native land doesn't even crack the top 20, described only as a "flawed democracy," and with a score that I sadly expect will now plummet even further).*

So what do we do about it? I don't know, it's too much to go into in a blog post. But perhaps the first step is to move beyond our surprise or indignation at each new outrage to a recognition of consistent patterns, those to which our assumptions of some shared cultural values or priorities may be blinding us.

*A 1988 article in The New Republic aptly described the current occupant of the White House as "a real estate garbage man. He can smell opportunity in distress." The piece, by Louis Menand, also includes this exemplary quotation: "'When bad times come,' Trump told Barbara Walters recently, 'I’ll get what I want.'"

More recently, in a 2014 television interview, Sarah Kendzior writes that when asked about the direction of the country, America's current leader "rooted for its demise:

'You know what solves it?' Mr. Trump told Fox News. 'When the economy crashes, when the country goes to total hell and everything is a disaster. Then you’ll have a [laughs], you know, you’ll have riots to go back to where we used to be when we were great.'"

I don't suggest that Venice's mayor is anything like the "stochastic terrorist leader" currently occupying the Oval Office, but he is among those more stable "entrepreneurs" who sniff out private opportunity in public distress, whether in matters of employment or land. Why do voters imagine this habit would make them suitable candidates for a public office?

It's akin to saying, "Please come right on in, Mr Fox, we understand you have some great ideas about how to tidy up our hen house...." 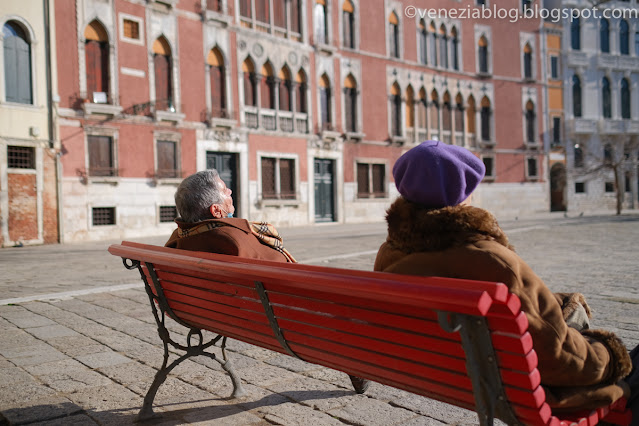 The Holiday Season's End, and A Coal-Worthy Decision

The holiday season officially ends in the wee hours of tomorrow with the visit of La Befana, the witch who leaves sweets for good children and coal for bad ones (she's reputed to do some housekeeping in some places, but we've had no such luck in our home).

I've found myself looking forward to the end of the holiday season this year and have only just realized that it's because I've been looking forward to things in the city getting back to normal. But of course things won't get back to anything like normal: the shops and bars and restaurants and hotels that have been closed lately were not closed because of the holidays so they will not reopen when the holidays have passed.

One group of institutions that could conceivably reopen on January 15, according to regulations formulated on the national level, will remain closed until April 1 because of decisions made on the local level in Venice, led by its mayor Luigi Brugnaro, who also happens to be the Vice-President of the Fondazione Musei Civici di Venezia which is directly responsible for the decision, as well as (and I laugh every time I think of this) the city's Councilor for Culture.

The Venetian guide, cooking instructor and event coordinator (among other talents), Monica Cesarato, has posted an excellent piece on this decision and its ramifications for the city, its residents, and its standing in the larger world of culture that you can read here: "Venice 2021: All civic Museums closed till April!"

It's a piece well worth reading about a decision well deserving of any number of large sacks of coal for those responsible for it, and another example that when it comes to Venice's recently re-elected non-resident mayor, the historic city's residents are consistently among the very last of his concerns.

A Subdued (Lockdowned) Good Riddance to a Bad Year 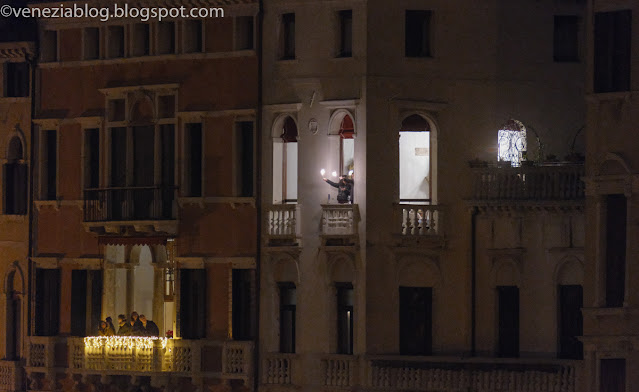 It was forbidden to be in the streets after 10 pm on New Year's Eve, as it has been for, well, I no longer remember how long now; forbidden also to have private gatherings with those outside of your immediate family... So it was a quiet end of the year in Venice, except for a small display of private pyrotechnics shot off somewhere in the western end of the city (see below), and some sparklers hand-held on a balcony (above).
The day before New Year's Eve someone had--for a time--more bluntly addressed the departing year with a large banner hanging across the middle third of the Rialto Bridge's span; it read: #FANCULO2020. 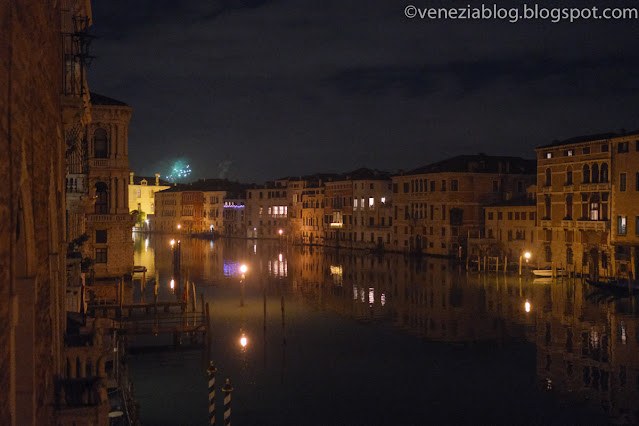